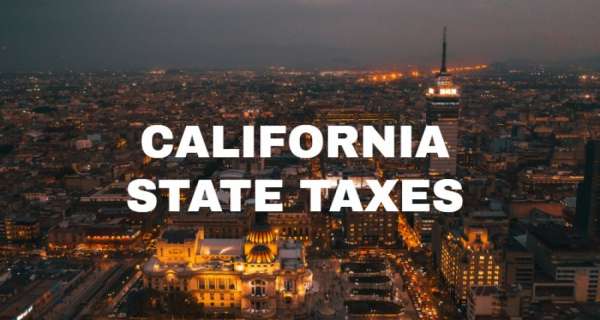 Are you looking to avoid paying California State Taxes?

Let's first understand who is required to pay state taxes in California.

In California, all residents who meet either the "Earned Income Test" or the "Joint Return Test" are required to file a State tax return.

Under the "Earned Income Test," an individual qualifies as a resident of California if they spend more than 183 days in the state and:

1) They maintain a home in California, or

2) Their chief place of abode is in California and they spend more than 183 days of the taxable year in any other state.

The "Earned Income Test" is used for determining whether you meet the qualifications to file as a resident of California.

Under the "Joint Return Test," an individual qualifies as a resident of California if they are married and:

1) Their spouse is also a resident, or

2) They maintain their principal place of abode in California and their spouse is a resident and they spend more than 183 days of the taxable year in any other state.

1) You are present in California for other than a temporary or transitory purpose, and

2) Your presence in California is substantial and continuous or it's for a combination of both temporary and transitory purpose AND you maintain a permanent place of abode.

Now that we have established who is required to file as a resident of the state of California, when are taxes due? The taxes are due on April 15th.

How are you taxed in the State of California?

The State of California has a progressive tax system that can be broken down into 10 different income brackets with corresponding tax rates. The table below details the bracket an individual is placed in based on their state taxable income, and the corresponding marginal tax rates.

For instance, if your taxable annual income falls within the $40,001-$100,000 range, you are taxed the higher amount of 9.3% or 8.84%. Please note that these percentages apply to taxable income, which is NOT your total income after deductions and exemptions have been removed.

Please visit the California FTB website for a more detailed table that breaks down your tax bracket depending on the range of taxable income you fall into. For instance if someone falls into the $70,001-80,000 range their marginal  tax bracket would be 9.3%.

What tax deductions and exemptions can I claim?

Federal law allows you to claim an exemption against your taxable income for yourself, each of your dependents and your spouse (if filing a joint return). Please note that this is different from claiming a tax deduction, which reduces the amount of income subject to taxation .

You can also take advantage of tax credits that reduce the actual amount of tax you owe dollar-for-dollar. Some examples of tax credits are the Earned Income Tax Credit (EITC), which is available to individuals who work but earned relatively little in 2017, or the American Opportunity Tax credit for college expenses.

Who do not have to file California Tax Return?

If your gross income is less than the amount of personal exemption plus the standard deduction, you usually do not have to file an income tax return.

Please note that if you were being claimed as a dependent on someone else's federal or state income tax returns , then your gross income had to be higher than what you earned as a dependent.

Can you live in California and do business from Texas to avoid paying California State Taxes?

This is where the concept of nexus comes in. For example, if you are an independent contractor who lives and works exclusively out of your home (e.g., Uber driver), then it is most likely that California has jurisdiction over you.

However, let's say you work full-time as a salesperson for Company A located in Los Angeles, and you work in California about 15 hours a week. You spend the rest of your time working out of Company B's office in Dallas, Texas. In this scenario, it is likely that California will not have jurisdiction over you because your place of business is located outside of California.

California Personal Income Tax Law Section 18001(a)(1) defines the term "resident" for income tax purposes. A person becomes a resident of California if he or she takes steps to establish residency in California with the intent of making it his or her permanent home.

For instance, if you are living in Los Angeles and working at Company B's office in Dallas while spending your weekends in San Diego, it is very likely that California will claim you as a resident for state income tax purposes.

How long do I have to live in California before I am considered a resident of the State?

California has a Bona-Fide Residence Test that requires you to be physically present in the state for an uninterrupted period that includes an entire tax year (January 1st through December 31st).

If you meet this test, then California will "throw out" any short trips outside of the state during the tax year while determining your residency status.

You can still be able to file as a non-resident for that particular tax year by providing substantial evidence that you did not abandon your out-of-state residency.

For example, if you spent three months of your summer in Los Angeles, one month in Seattle for a friend's wedding and the rest of the year living in Dallas with no significant ties to California (e.g., bank accounts, driver license), then it is very likely that California will only claim you as a resident of California for that particular tax year.

But let's say you make a trip out of state to attend your sister's wedding in New York for one week (e.g., Wednesday through Wednesday). If the rest of your time during that entire year was spent in Dallas with no significant ties to California, then it is very unlikely that California will claim you as a resident for tax purposes.

Most states require that you be present in the state for six months and one day before claiming residency to avoid paying income taxes.

When is California considered a "No Tax" State?

California can be classified as a no tax state during certain years. The most common situations where this applies are:

If you are a part of the Armed Forces and your permanent duty station is outside California, then you do not have to pay any state income tax.

If you are an out-of-state student pursuing a degree at a college in California for most of the year, then you do not have to pay any state income tax during those years.

However, there is a catch with this rule: once you become a resident of California for any part of a tax year, then you will continue to pay state income taxes as a resident for the remainder of that tax year and all future years.

This could have an impact if you wanted to move back outside of California.

For example, let's say you are attending school in California during the 2016 fall semester while maintaining your residency in Texas throughout the year. Since California is a no tax state for individuals studying outside of the state, you will not have to pay any state income taxes for that particular year.

However, once you become a resident of California at any time during the tax year, then you will have to pay state income taxes as a resident for the remainder of that tax year and all future years.

In this particular example, you would be considered a California resident as of January 1st because it is your first day of school in California. Therefore, you would have to file a part-year return in California pertaining to the period you were a non-resident, but also file a resident return for the remainder of the year.

Please remember that these are only some general guidelines about when an individual may be considered a resident or non-resident of California.

Since there are many exceptions to these rules, please contact us if you need assistance with filing as a non-resident or part-year resident.

We realize most readers of this blog are not tax professionals. In my own experience there's no better way to learn about taxes than from someone who has been practicing taxes for more than 20 years. Set up an appointment with Sanjiv Gupta CPA to learn more about this topic.

Disclaimer: This content including advice provides generic information only. It is not provided in order to induce the reader to take a course of action, nor should it be relied upon when taking legal or other professional advice. Readers are advised to seek specific advice from their own tax/financial professional and before entering into any commitment of paying taxes .