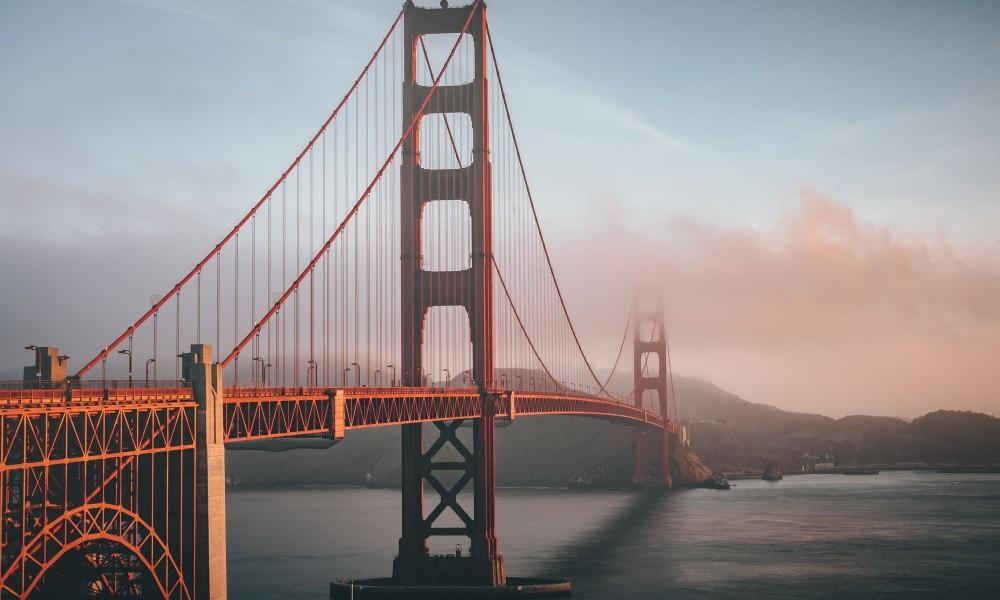 There was a time when everybody seemed to dream of moving to California. It was, after all, the “Golden State.”  It had endless sunshine and incredible weather – which proved to be enough motivation for Americans who have had enough of the cold.  It also had a booming economy, pristine beaches, and yes, Hollywood.

But now, many people in California would gladly trade places with Americans living in other states. There are lots of reasons behind this, from the horrible traffic in major cities, to rising criminality, and the fact that Californians are being taxed to death.

According to the non-partisan, non-profit research group Tax Foundation, California has one of the highest state taxes in the country. The Washington, D.C.-based group says that California has the highest state-level sales tax rate at 7.5 percent, albeit this would drop to 7.3 by the end of the year. The rate can hit as high as 10 percent in some California cities, though, when combined with local sales taxes.

Here’s a breakdown of how California taxes will affect you should you work, buy a home, or just shop in the Golden State.

Property in the state is assessed at 100 percent of its fair market value.

However, Californians could qualify for a property tax break under certain conditions. For instance, homeowners are qualified for a reduction of $7,000 in the taxable value of their properties if they live in their homes as their principal residences. Senior citizens and the disabled (including the blind) are also eligible for deferring their property taxes for their principal places of residence under a new tax postponement program that started last September 1, 2016.

The personal income tax rates in California range from 1 to a high of 12.3 percent. These are levied not only in the income of residents but also in the income earned by non-residents who are working in the state.

The highest rate is levied at income levels of at least $526,444. An extra 1-percent surcharge is also levied onto incomes of more than $1 million. Those earning $7,850 or less in taxable income are charged the lowest rate of 1 percent.

It’s not surprising that a lot of Californians are moving elsewhere because of the high taxes that they have to deal with in their home state.  According to the IRS, more than 250,000 Californians have moved out of the state in 2013-2014.  This is the highest level in more than a decade.

If you are one of the many Californians wishing to avoid California income tax, there are two basic rules that you have to keep in mind. The first is that a resident pays California tax on their worldwide income.

For instance, you are a resident of California and you own part of an LLC outside of the state. You will have to pay California tax on your distributive share of the company’s LLC income, despite the LLC having earned all of its income outside of California (say another state like Nevada).

The second rule is that California will tax income generated in the state, regardless of where you live. So if you own California real estate but live in New York, you still have to pay California tax on the real estate income of your property.

What is temporary or transitory? Generally speaking, this purpose applies to a person who visits the state for an extended vacation of 3 months and doesn’t engage in any type of commercial activity in the state.

Of course, there are several exceptions to this rule. Let’s say that a millionaire couple, Mr. & Mrs. Smith, rents an apartment in California for 3 months. They travel around the world for the rest of the year and spend parts of it living in Las Vegas where they have a mansion. It may seem like the couple are ‘safe’ from California tax laws because they only spend three months in California.

But tax authorities may be able to find proof that Mr. & Mrs. Smith are residents of California. For example, they may have a closer connection to California than to Nevada, where they have a home. One factor may be their historical ties— Mr. & Mrs. Smith had long lived in California. They may also have children and grandchildren in California, which represent the closest connection to the taxpayers. The tax authorities can argue that even though the Smiths owned a hoe in Nevada, California is still their home because this is where their family and social contacts are.

An individual who has been in the state for more than 9 months is presumed to be a resident.

There are 29 residency factors that the state looks into in determining whether a person is a resident of California. These include birth, marriage, and raising a family; preparation of tax returns; ownership and occupancy of custom-built home; ownership of family corporation; ownership of cemetery lots; service as an officer and employee of a business corporation; and church attendance and donations, among others. These are the so-called Corbett factors, coming from the California Supreme Court case Corbett vs. Franchise Tax board which listed the 29 residency factors.

These 29 residency factors are most of the time used by California residents who want to escape tax from their home state. For example, a taxpayer wanting to escape California tax would argue that he has his tax returns prepared in Nevada and has a driver’s license there. He would also show that he has a condo in Las Vegas, and is a member of a country club in Nevada.

Those arguments may be true, but the California Franchise Tax Board could counter the taxpayer’s arguments by showing that the individual spends more time in California than in Nevada. This can be done by showing the person’s Internet searches and reviewing charge card receipts, for example. The person’s Internet searches could reveal that the taxpayer buys things in LA malls and shops at the Spectrum. His charge card receipts, meanwhile, could show that he frequently dines at posh restaurants near his Laguna Beach property.

Sale of a Major Business

It is also common for California residents to change residency to avoid being taxed for the sale of a substantial business. For instance, a company based in Arizona but with assets and operations in California is to be sold for $10-million. The owner tries to escape the California tax by changing his residency.

The business owner may be able to avoid California taxes if the sale of the company is consummated after he/she changes personal residency.

However, in most circumstances, there will still be taxes levied on the sale of the company since its assets are in California. So even if the taxpayer has changed his residency, he will have to pay for the taxes on the California source income from the sale of the business.

The key here is to plan the business sale correctly from the beginning. The business owner/taxpayer should leave and stay out of California for the sale year and several years after because the state can still argue that the individual only did so to avoid tax on a major scale.

In fact, many taxation experts suggest that business owners who sold their companies with assets and business operations in California should out of the state for at least four years. The reason for this is that the return may be selected for an audit 2-3 years after the tax return is filed for the year of the sale. Franchise tax board audits in California take longer than IRS audits. These audits are also more thoroughly documented particularly in cases of residency determinations.

Four years may not even be safe for taxpayers wanting to avoid taxes in California. In some cases (especially if the stakes are high enough, meaning there’s substantial money involved in the sale), then taxpayers should stay out of California for 5-6 years.

For example, the FTB can access the social media accounts of taxpayers in California. If a taxpayer who sold his company in California for 20 million dollars in 2014 posted on Facebook about how he can’t wait to go back to LA as a resident, then he just gave the tax authorities some great evidence to pursue a case against him.

The same goes for Twitter activity. If the taxpayer makes any tweets indicating that he has plans of going back to California and re-establishing his domicile there, then the tax authorities could build a case against him.

In some cases, even the state where the taxpayer established residency can be a factor in the tax authorities pursuing a case against him. Obviously, the FTB is very wary of Californians who have moved to nearby states like Nevada. Because of the close proximity of Nevada to California, the FTB is very skeptical of claims of Nevada residency than residency in Florida or Massachusetts.

It even becomes ‘safer’ for Californians if they move elsewhere shortly before a substantial sale of their business. This can shield the entire gain from the business sale against California taxes. The state may be skeptical of the timing of the change of residence, but if a taxpayer can prove that the sale occurred months after he had completely moved out of the state then he has a good chance of being exempted against California tax on the business sale.

Retaining a Home in California

One common question is—can a taxpayer who had left California keep a family home in the state without being considered by the state as a California domiciliary?

But retaining a family home in California can be considered by tax authorities as one good indication that the taxpayer who had left California still has plans of going back to the state.

This can be compounded by the FTB conducting interviews with neighbors who would tell them that the taxpayer had told them that he intends to be back in a few years. In such a case, then the tax board will have a strong case against the taxpayer who had left California after a major business sale.

Still, people who are planning to leave California for good and terminate their residency can control the facts. They can leave the state for several months before completing a major business sale. They can also sell the family home to show tax authorities that their domicile has shifted. Granted that these aren’t easy decisions to make (selling the family home is certainly difficult by any standards), the taxpayer still has the advantage of knowing what needs to be done before selling a property or a business. With that advantage, he will know what to do even before the tax authorities in California smell something fishy with the transaction he is involved in.