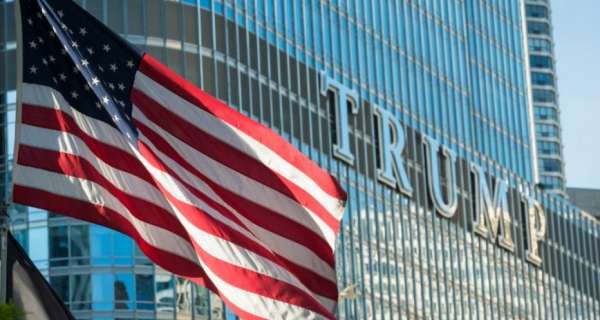 A great form of protecting assets is creating a corporation. However, not a lot of people are aware that corporations can be made into tax shelters as well. Tax shelters are legal ways that allow us to minimize or decrease taxable income. This reduces tax liability overall.

It is important to note that it is not as simple as incorporating this so that a tax shelter can be automatically granted. The real advantage of this route is that expenses are deducted in the business expense. This is not personally deductible. Businesses are taxed based on the profits that they make, and not the gross revenue that they accumulate. In a nutshell, businesses are taxed per dollar that they earn. This is extremely different from individual tax returns. The latter are taxed depending on their gross income.

To explain it thoroughly, individuals then earn money, but their income is taxed so whatever they have left from that is what they take home and spend. On the other hand, businesses and corporations earn money, spend what is necessary and are only required to pay taxes by setting it alongside the profits that they made.

There are businesses that incorporate so that they can avoid or lessen the taxes that they required to pay. This action is illegal. Business owners must have a legitimate reason and a motive to incorporate. If the business is a sole proprietorship, then incorporating can also help with protecting the assets as well as time-saving.

For those who are considering to start a new business, this is a perfect time. As a general rule, it is not practical to recharacterize the expenses the minute they are incurred. This means that if businessmen start their businesses, they should also incorporate this in the very year that their tax savings are captured of its costs. Failure to do so means that the entrepreneur can easily miss out on the significant cost savings.

Here is an example. There are people who can ultimately turn their hobbies into businesses they can do on the side. There are others who can also make this into a full-time business. This depends on the demand of their chosen entrepreneurial endeavor. These business owners must know that they should report this extra income that they are acquiring to the IRS. They will be taxed on it as if it was their income from the regular nine to five job.

These entrepreneurs can reduce their taxes if they can put the supplies that they purchased their expenses. However, all these costs must be listed as such or this will not be tracked. A way to do this efficiently is to be sure that this is incorporated during the tax year and then tracked. Startup costs can also be documented before the actual businesses started to make money. These can also be regarded as expense costs and can easily go through the incorporation process.

Small businesses can also make the tax deductions that the regular taxpayers cannot. An example of this is education. If the employee is required to undergo some kind of further training in order to advance his or her skills in the profession that he or she is in, then the employee can deduct the costs related to tuition as business expenses. Education costs can also include more than just the traditional “college” setting. This also includes expenses incurred by trade shows, seminars and other avenues that are used to continue and pursue further education. CDs, books, DVDs, and magazines that are purchased by industries and businesses can also be deducted. Looking at this example, it proves that investing in learning at any craft is good for business.

Travel expenses can also make good business deductions. If individuals have to travel because they are expected to visit clients and attend shows or conferences, then the expenses from that travel are entirely deducted. This includes expenses from flights, cabs, hotels, gas and on-the-road costs. Food can also be in the budget.

Employees of a small business can also be good sources for deductions. There are small companies that resort to not hiring employees because there are complicated employment laws that also come with tax requirements but if the need for it arises because the business is growing, then it may just be worth considering. These are employee-related experience can also be regarded as deductible business expenses:

Entrepreneurs who can manage to run the retirement savings of their company can also decrease the over-all taxes that they are expected to pay.

The Kind of Corporation is a Factor

“S” Corporation does not pay any income taxes by itself. It resorts to a “pass-through” entity. What this means is that the shareholders can include what they have in the company and its profits on the tax return that they file. They can pay these on the profits depending on their tax rates as individuals.

Whereas with “C” corporations, they have their own tax rules. It is also taxed separately and per entity. Because of this, there are some deductions that are only exclusive to C-Corporations. Companies pay the taxes on the profits that the shareholders do not possess. What happens is that shareholders are then taxed on the total income that is provided to them by the C Corporation. This results in double taxation. The first level is the corporate and the next level is personal. This can be avoided by small businesses when their directors and managers expense out the profits of these companies through the form of salaries and other perks.

While both of the types of these corporations are offered in the form of tax advantages so that these can corporate the protection of the owners, then the S Corp is then viewed as the best deal for the companies that are on the start-up level. There are many businesses that tend to lose money during the first few years upon starting. The S Corporation lets these losses “pass-through” so that the individual tax returns of the owners can reduce the taxable incomes. An example of these is that S Corps can enable the owners of the business to pay less on Social Security Taxes and Medicare.

A number of US corporations go through offshore taxes and perform a number of accounting gimmicks so that they don’t have to pay a whopping $90 billion per year just for federal income taxes. This is the large loophole when discussing US tax law. It also enables the corporations to avoid paying the taxes on foreign profits unless these are brought home. This tactic is commonly regarded as deferral. It provides huge incentives to keep the profits offshore and for as long as this can be done. The corporations choose to not bring the profits home and at the same time not pay the US taxes that come with this.

Deferral in the corporate setting is an enormous incentive and can also be used as an accounting trick so that it would appear the profits were earned and then generated in the tax haven. The profits are eventually funneled in the form of the subsidiaries. This is often done by companies that have few employees and not as many business activities. This is effective because firms eventually launder the profits so that paying taxes can be avoided.

Loopholes used to Shift US profits to Tax Havens

The way to solve this is to just end the deferral. Corporations should pay the taxes based on the income that they get offshore as opposed to indefinitely paying the income taxes in the US setting. This can also remove the incentives that are shifted by the US profits and to the tax havens.