Why You Ought to Think Twice About Ignoring Your Jury Summons 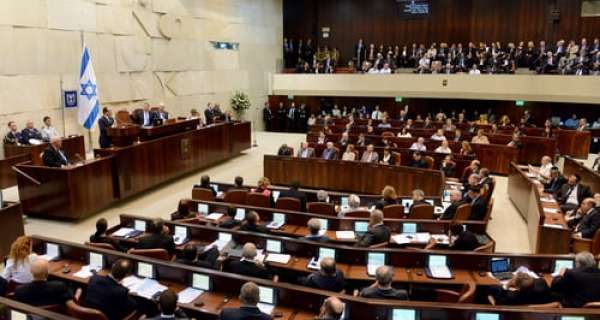 Each of us has precisely 24 hours per day, regardless of our circumstances in life. We have equal time to do the things we need to do daily, like eat, meet deadlines, rest, and take care of our loved ones, no matter how young, old, wealthy, destitute, successful, or unlucky we are.

Actually, ignoring a jury summons (or jury dodging) is a huge mistake that can get you into a world of trouble.

What Is a Jury Summons?

A jury summons is basically a court order to be present at a certain time, at a certain court so a jury can be selected.

How Do I Know If I’m Eligible for Jury Duty?

In the US, you’re eligible to serve on a jury if:

You’re a citizen of the country;

Lives within the jurisdiction of the court that summoned you;

Has not been convicted of any felony or malfeasance while holding public office, if you have (unless your civil rights have been restored (e.g., by a pardon));

Is under no conservatorship, i.e., a person, official, or institution designated to take control over and protect an invalid’s interests;

Is not serving in active military duty;

Is not serving on another trial jury or grand jury

You don’t need to meet any educational or skill requirements to serve on a jury. Jurors come from all walks of life and are supposed to be a reflection of their community.

How Are Jurors Selected?

Jurors are randomly selected from various sources, like voter registration, licensed drivers, and identification cardholders' records. They make up the panels from which the jury is picked.

The actual jury selection process is referred to as voir dire. After being randomly selected, a group of potential jurors (i.e., a panel) is sent to a courtroom, where they are asked to recite an oath, to tell the truth. From the panel, a smaller group is asked to be seated in the jury box for questioning by the judge and attorneys assigned to the case. They ask them questions to determine their qualifications and suitability.

Is There a Way That I May Be Excused from Jury Duty?

The judge may excuse a juror or jurors for various reasons. He, she, or they may:

Have immediate family who is related to someone involved in the case (e.g., your spouse was also summoned to serve on the same panel as you);

A financial interest in the case;

Already made an opinion regarding the case;

Suffer undue hardship (e.g., financial or health) or cause public hardship by serving on the jury

Legitimate Reasons You May Be Exempted from Jury Duty

Apart from being excused by the judge or any of the attorneys as well as not being eligible, there are other reasons that you may be free from performing jury duty upon request:

You have legal custody of and is necessarily and personally responsible for a child (or children) aged 16 or younger who require(s) your continuous care during usual court hours (e.g., you’re a mother who is breast-feeding a child).

You’re necessarily and personally responsible for a physically or mentally impaired person who requires your continuous care during usual court hours.

You work for a business, commercial, or agricultural enterprise and your services are so essential to its operations that it will have to stop operating or close down if you temporarily stop working to perform jury duty.

Since some jurors are automatically excused, while others may be excused while the jury is being selected, there is no guaranteeing you’ll serve on the jury if you report for the service.

But you still need to show up. Performing such a service is not only a legal duty, but also a privilege, a basic constitutional right, and a rare opportunity to make a difference by playing a crucial role in the country’s justice system.

If I Get Picked, What Is Going to Be Expected of Me?

If you get chosen, you and the rest of the jurors who were picked will attend a trial of a criminal or civil case and then decide its outcome by reaching a verdict.

None of you are allowed to do any outside research.

A business being sued by a consumer

A doctor being accused by a patient of malpractice

If not, the case involves criminal charges, like someone being accused of robbery or murder.

Whether it’s a civil or criminal case, all of you will be asked to keep your minds open throughout the trail as well as avoid making any opinions regarding it until you have weighed all the evidence and facts.

If you receive a jury summons, you are obligated by law to respond, even if you may not qualify to serve on the jury.

If you cannot appear in court on the date you were summoned, you are allowed to ask for one postponement to the date when you can do so.

Students are allowed to request for a postponement to their next break from school.

To avoid making any mistakes, read your summons carefully to learn how to respond.

If you can appear in court on the date you were summoned but you chose to ignore it, you could be held in contempt of court and imposed a fine or sent to prison.

Here are some examples of the consequences of ignoring a jury summons.

In Phoenix, Arizona, a sheriff’s deputy could show up right at your door if you miss jury duty.

There are many jurisdictions in the country where a written order issued by a judge authorizing the arrest of a person charged with contempt, a crime, or a misdemeanor (i.e., bench warrants) are issued for those who “fail” to appear in court, leading to arrests during such routine temporary detention as traffic stops.

Not even so-called celebrities are exempt from jury duty. In March of 2001, American hip hop recording artist, record producer, songwriter, rapper, and So So Def Recordings CEO Jermaine Dupri Mauldin (a.k.a. Jermaine Dupri, or JD), served a three-day prison sentence in Fayetteville, Georgia, for missing jury duty in March of 1999.

In 2009, nearly ¾ of the population, or as much as 80 percent, shirked their jury duty in some counties, prompting more courts to start cracking down on jury dodgers.

While some districts have intensified their efforts to go after jury dodgers, others have chosen to make performing jury duty inviting by offering incentives, including:

Compensation amounting to roughly $15.00 per day

In 2009, seven states had redesigned their systems to cut down the time jurors spent waiting in the assembly rooms. Also, almost half the states were considering passing legislation that would provide for more compensation for lengthy trials. Of those states, Louisiana, Mississippi, and Oklahoma had passed such legislation already.

Since performing jury duty is something not many people really want to do, many have formed faulty ideas about or made outright mistakes in interpreting this service in apparent hopes that, somehow, they could get out of it even if they were eligible.

Here are three of the most common myths about jury duty that we’ve taken the liberty to debunk.

As we’ve said already, jurors are randomly selected from a variety of sources, not just voter registration records. Yet many believe that potential jurors are picked only out of these.

Voter registration records comprise just one of the several records used by the states to make the lists of prospective jurors that they provide to each of the 159 counties.

In May of 2011, current Georgia Governor John Nathan Deal passed the Jury Reform Bill that ultimately created this state-wide pool of jurors.

Certain departments, like the states’ respective departments of public health and driver services, and the secretaries of the states provide some of the lists that are used to add or remove the names of jurors.

Since voter registration records is just one of the sources of potential jurors, not registering to vote won’t let you avoid performing jury duty.

2) Jurors are not required to serve on the respective juries for both civil and criminal cases.

Again, if you’re picked to perform jury duty, you and the rest of the prospective jurors who were chosen will attend a trial for a criminal or civil case and then decide its outcome by reaching a verdict. If you’re already serving on the jury for another trial or a grand jury, you’re not eligible for additional or further service. There’s no such thing.

3) You’re not forbidden from going home during the case.

As a juror, you’re required to keep everything about the proceedings of the case to yourself until the deliberations have been completed and the verdict is made a matter of public record.

First-time jurors assume this means they can’t go home until the case is finished to prevent them from leaking any information as well as avoid any outside influence that could be exerted upon them.

Actually, you’re allowed to go home every day after service, just like you would do after wrapping up your regular work for the day.

However, there are certain occasions where a judge orders the sequestration of a jury. Sequestration means jurors are placed in a hotel, aren’t allowed any access to most of the media, and are allowed only limited contact with the outside world for the trial’s duration. This rarely happens and only does with cases that get a lot of media coverage.

While judges don’t always order to sequester a jury in such cases, there are “alternatives” most people don’t know about.

For example, in rare cases, marshals are assigned to jurors to escort them to and from serving on the jury. Doing so ensures their safety and that they return straight home from the trial. Some juries are made anonymous as well in order to keep them safe and prevent any tampering that could occur if outside sources attempt to contact them.

While many think jury duty is nothing but a hassle, we all need to regard our jury summons if we ever receive one anyway. More than to avoid getting fined or being sent to jail, jury duty is our right and responsibility that deserves to be treated with respect.