Why Are We Still Talking About The 2018 Tax Reform Bill? 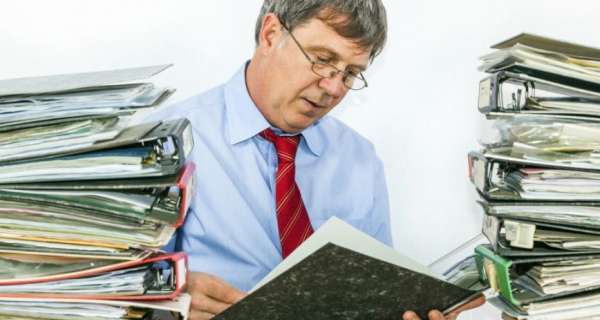 Congress has gone on to go against the will of the majority and pushed a tax framework that a multitude of Americans is opposed to. Therefore, it is important to note that there are various leading tax academics, analysts and practitioners that believe various tax games as well as roadblocks and glitches when it comes to the field of tax legislation.

The complex rules have proposed that the Senate and the House bills let the new tax games along with the planning opportunities directed to taxpayers who have been advised will lead to consequences and costs that were not anticipated. These costs are not fully shown and reflected at the moment because the official estimates indicate that the bills are now an overall total of $1 trillion to the deficit and will continue in the coming years. There are other proposed changes that are expected to encounter roadblocks and can, later on, jeopardize the critical elements of the legislation. In other words, there are still cases that have technical glitches connected to legislation and are improperly and haphazardly penalized on the benefit of the corporation along with the individual taxpayers.

These are the various problems that the bill can impose in the respective areas:

* Corporations as Tax Shelters – once the tax rate at the corporate level is reduced because of the absence of anti-abuse measures that are effective, the taxpayers are then able to transform the corporations into a savings vehicle that is tax-sheltered and adept in various strategies.

* Eligibility Games of the Pass-Through – the taxpayers can circumvent the limitations when eligible for the tax treatment that is passed through the businesses.

* Restructuring Local and State Taxes in order to Maintain the Deductibility – by denying the reduction on the local and state taxes, jurisdictions are then incentivized so that it can be restructured to the form that the revenue collection is trying to avoid the change. This results in an undercut of one of the largest raisers of revenue in the entire bill.

* International Games, Roadblocks and Glitches – the complex rules set for the tax reform are meant to make an exemption to the foreign income of the domestic corporations that are derived from the US taxation and are present to various avoidance and tax planning opportunities.

* Money Loophole Machines – the various tax rates that are imposed on the different forms of business income through the years are also invited to come up with the arbitrage strategies whereby the taxpayers are then achieved in an economic benefit that is based solely on the assignment and timing of the income as well as the deductions.

The studies and reports conducted ended with a serious warning. These analysts claim that there will be more problems with the bills. These are likely to emerge. For example, the tax games will eventually reduce the tax revenues and increase the overall cost of the legislation. This results in legislation becoming more regressive than it actually is. In addition, the tax complexities are also necessary so that the policy of new rules can take effect and also prevent the abuses. This ensures that the legislation will also move taxpayers further away from their goals. Before, this was simple, more efficient and more equitable. The IRS and the Treasury may also be overwhelmed when it comes to the efforts in the policy-making of manipulable and new rules especially during a period when funding is reduced and there are constraints in the budget.

Members of the House and the Senate should reassess the process of tax reform as well as the result of the legislative proposals that they create. This is to undertake an approach that is more deliberate and can reach far in terms of legislation. This will definitely affect the economy in a significant behavior which will also benefit the taxpayer.

With that illustration, it shows that the Republican tax-cut bill showers the rich with billions of dollars and not even giving a noticeable boost to the economy. The plan is actually worse than what most Americans think because there are estimates that taxpayers did not even put into account. These are the games, planning, and cheating that some of the taxes imposed on the bill that was hastily written but quickly encouraged.

In its current form, analysts show that the bill costs more than $1 trillion dollars for the Treasury. This can range to 10 years. A majority of the extra money can also go the wealthiest Americans as well as the most successful and largest multinational corporations.

With this tax reform, instead of the capitalism and unleashing of the productive side, the business planning would be revolving around mining favors from tax code as opposed to creating the economic value. The final legislation can also deliver large benefits to the best advisers than even the current estimates may also suggest. Analyst and the practitioners have also combed through legislation that has been passed by the House and Senate then can uncover the glitches and the loopholes that allow the tax games as well as the aggressive tax planning.

Eventually, the richest 1% of the Americans can hire lawyers and accountants and these people will be busy mining the bill for potential benefit. Then they also would receive a windfall that averages $48,000 annually.

The US treasure also receives hundreds of billions in revenue. It ratchets the pressure on Congress and also slashes the federal spending on Medicare and Social Security including education and infrastructure.

This new law creates lower tax rates for pass-through businesses and corporations like sole proprietorships and partnerships. It gives individuals large incentives to shift their income as much as possible into the business. The upside to this though is that taxpayers would pay less in taxes.

There is also the proliferation of avoiding the opportunities that lead to the diversion of resources are from productive activity that leads to tax planning. Instead of unleashing capitalism’s productive side, it unleashes that this side is parasitical. Business planning also revolves around the mining favors of the tax code. It creates economic value.

Individuals and companies must follow these four tax planning opportunities in order to work around the new tax cuts and budgets from the bill.

The conference bill taxes of the C corporations were at 21% at the beginning of the year. This results in taxpayers still having the ability to use the corporations and set this on a savings vehicle that is tax-preferred. With no protection that comes to the bill, C-corps can then use this to shelter the income from the ordinary income tax rate.

The use of corporations in the form of tax results lead to the labor income taxed at the preferred rate of 21%. This also eliminates the entire second layer of the taxes when the individual revives the dividend and then sells this in the corporate stock form. The incentives of using corporations as tax shelters are reduced under this bill because it is relative to the previous various. This also results in a higher corporate rate. It is from 20% that increases to 21%. The lower top individual rate is also 39.6% that has decreased to 37%. According to reports, these tax savings are regarded as considerable.

The pre-existing safeguards that avoid the consequences are inadequate and can also be on the lighter side of the incentives planning that the rate differential establishes.

The new bill from the Congress grants a 20% reduction from specific qualified business income. This reduces the tax rate that starts from 37% down to 29.6%. This also provides an incentive for taxpayers to consider their income into the category that is qualified. However, there are complex rules that come with these gaming opportunities. There is also no clear and specific logic to determine who fits into the categories because the game is often played within haphazard lines. As a matter of fact, the conference bill makes matters worse. It allows the owners of the firms who earn no wages and specific kinds of property to make the most of the lower rate.

This change also expands the available deduction for the pass-through and greatly encourages businesses to follow the rules and increase the ownership and turn these into qualifying properties. This can also possibly replace the workers in the process.

Service providers can follow the number of steps that qualify for the pass-through deduction. For example, a married employee that has a taxable income lower than $315,000 can gain the incentive of being an independent contractor or even a partner, as opposed to being an employee. At the same time, they can still receive the full benefit. Another example is that the higher-income doctors, law partners, and other professionals will most likely be able to take part in strategies that access special rates like buying buildings and also owning these as separate entities.

Another important loophole of the pass-throughs is that they can largely surpass the limits on the expense of the interests. Public corporations can also pass through the subsidiaries and expect these to do the same.

The conference bill caps that the deduction on the SALT amounts to $10,000 and also permits that there is a combination of the taxes required to reach the cap. IN various parts of the country, taxpayers have to pay both the local and the state taxes as well as the excess of $10,000. The states that are affected have the ample incentive of responding creatively to the changes that are in the federal tax law.

Listed under the conference bill, there are three possible responses from the municipalities and the states to restructure the collections of the revenue and to also preserve the SALT deduction.

These strategies rely on replacing the state taxes that are not deducted on the cap with the other taxes along with the sources of revenue like charitable donations, franchise taxes, and employer-side payroll.

Taxes imposed on the business can be deducted. States can shift from the non-deductible over the cap state income taxes so that the employer-side payroll taxes remain as such. This new law also permits that there be a shift on the sue of the non-deductibles along with the state income taxes. When this is done, then there is the deductible and charitable contributions for the local and state governments.

As for the franchise taxes, the report also states that the local and state taxes must stay deductible for the pass-through businesses. As long as these are imposed on entities and individuals.

It is obvious that the tax bill is horribly flawed and also riddled with errors. It must not be assumed that the result is unintentional. The bill does more than its ultimate aims of the Republican gaining leadership in the Congress. It also rewards the wealthy by starving the beasts. This has always been the twin goals of the fiscal policy of the Republicans for decades.

This tax bill also weakens the economy, encourages companies and individuals to spend more, and increase the deficit on trade whenever the tax code complies. The budget can also affect the mortgage rates as well as the educational budget after a decade. Taxpayers may be paying less but there is a catch to this. They may not receive the benefits that they expect to get by the time they decide to retire and earn the hard-earned cash that they worked for years to receive.

Almost everything that Republican representatives discuss the tax bill is a myth. It is not for the middle class and it does not pay for itself based on its growth. It does not influence and convince companies to make an investment in America. In other words, it does not make the tax code any simple.