Unemployment Insurance: How does it work and how has the system changed over the years? 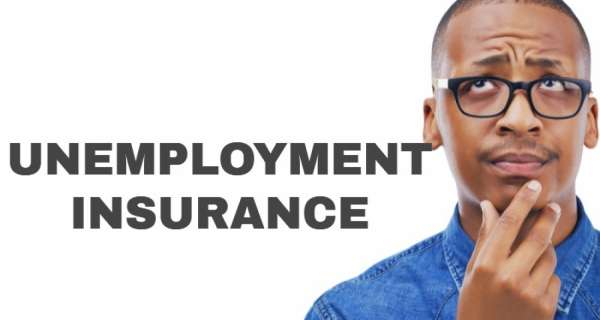 Unemployment Insurance: How does it work and how has the system changed over the years?

This article will explore some of these questions and provide a brief overview on what Unemployment Insurance is and how it changes.     Unemployment insurance (UI), in the simplest terms, provides financial assistance to employees who become unemployed through no fault of their own. These employees are typically eligible to receive UI benefits, assuming they otherwise meet the standards for receipt, until they find a new job or until their unemployment benefits run out. A recent federal law aims to make the system more efficient and requires most states to help fund it with taxes on employers.

The History of Unemployment Insurance

Unemployment insurance has been around since the Great Depression. It was first introduced in Germany (then a country known as the Weimar Republic) and then spread to other countries in Europe, Canada, and elsewhere. The U.S., however, did not adopt UI until 1935 when Congress passed the Social Security Act of 1935 .

After its adoption into U.S. law, Unemployment Insurance (UI) was much like it is today in that it provided financial assistance to employees who became unemployed through no fault of their own. UI has varied over the years in terms of funding and eligibility requirements, but its basic purpose - to provide financial assistance to individuals who cannot find employment through no fault of their own- has been unchanged.

Until the 1980s, the federal government subsidized a portion of states' UI benefits through a "federal grants" program. In exchange for receiving these funds, however, states were required to maintain high levels of UI eligibility requirements and had to keep their state UI tax rates at or above a certain level.

States could, within limits, determine their own tax rates on employers.

Generally speaking, the higher the UI tax rate that states levied on employers, the more generous their benefits were. Many states set very high minimum requirements for eligibility and then had very low maximum weekly benefit amounts (WBA) to keep costs down.

When an individual is provided unemployment benefits his or her former employer will be required to pay back this benefit in the form of unemployment taxes .

The employer is taxed no less than 0.6% and no more than 10.4% of the first $7,000 in wages paid to each employee during a calendar year (there are some exceptions to the taxable wage limit). Employers determine their own experience rate based on how often they terminate employees. Every six months or so, they may be subject to a review that would result in an increase or decrease in the rate. The new employer's unemployment tax rate is based on the highest rate paid by any of its predecessor employers within the last five years and all year-to-date total taxable wages (the highest typically results in a higher rate).

The amount of EDD-reported taxable wages in a year is known as the "base period". The base period consists of the first four out of the last five completed calendar quarters prior to when an individual files a claim for benefits. In most cases, a claimant's highest earnings over a 12-month, 52-week eligibility period are identified as his or her base period earnings. The claimant's weekly benefit amount is determined by dividing the identified base period earnings by 52 weeks, and multiplying that number by a percentage set in state law.

Can a Business Owner claim unemployment?

No. Only employees of a business may claim unemployment insurance benefits. This is because the purpose of unemployment compensation is to provide employees with replacement income when they are temporarily out of work through no fault of their own and who have not quit or been discharged from employment voluntarily.

Employers as well as individual workers must pay the tax, but the worker  must file a claim to receive benefits. When an employee is fired or laid off, he or she is eligible for unemployment insurance benefits provided the worker was employed for at least 12 months and has worked at least 20 weeks during the previous 52 weeks. Benefits are available immediately after filing a claim with the Employment Development Department (EDD).

The purpose of unemployment insurance is to provide a temporary benefit to workers who have lost their jobs and are seeking new employment.

benefits amount ranges from a minimum of $50 a week up to a maximum of $450. To receive benefits, claimants must demonstrate that they meet certain eligibility requirements including working at least 20 weeks within the previous 52-week period and earning a specified minimum amount during the base period.

What is a base period?

Can an employer pay his or her unemployment taxes?

If an employee files a claim based on the fact that he or she was laid off, then your company would become responsible for their unemployment benefits and you could lose your fully-charged status. Even though the claim might not be valid, if it's filed with the EDD, there is a chance that you will lose your status. How does unemployment insurance work?

If you have been separated from your job and meet the eligibility requirements of your state, you can file an unemployment claim within 26 weeks of losing your job. The process usually begins by filing out an initial application online or by phone. You can file your claim by calling 1-877-879-8969. If you are eligible, the EDD will send you a Benefit Determination

What determines your eligibility?

To determine your weekly benefit amount (WBA) and level of benefits, the EDD will use two different formulas. The first, known as the Benefit Determination, is used to calculate your WBA.

The second formula determines how many weeks you may receive benefits after you initially file your claim for unemployment insurance. If your initial claim results in an overpayment (you received more benefits than you were entitled to), future claims will involuntarily reduce (decrease) your overall benefit amount.

Your weekly benefit amount (WBA) is equal to a percentage of your earnings in the highest paid quarter of the base period, divided by 26, up to a maximum amount. You can find out what your WBA would be with this online calculator .

The Benefit Determination formula determines the minimum and maximum amount of benefits you will receive during your benefit year—the 52-week period that begins with the week in which you file your initial claim and ends with either the week before or after your WBA drops to zero.

• If you earn wages from part-time employment, they will be counted when we determine eligibility for and the amount of your benefits.

• Benefits cannot be paid for any week in which you earned wages from part-time employment, unless the EDD determines that you were released from a comparable position to start a new job and then became unemployed again within 26 weeks.

You must report all earnings or lump sum payments in a calendar week in order to  receive full benefit credit for that week.

Your eligibility for benefits is based on the total wages you earned during your highest paid quarter, divided by 26 up to a maximum amount. The higher the figure from that calculation, the more money you will receive in weekly benefits when filing your claim with EDD. If you have worked in more than one job, the total wages earned will be divided by 26 to determine your weekly benefit amount.