Understanding the Complexities of Capital Gains Tax in India 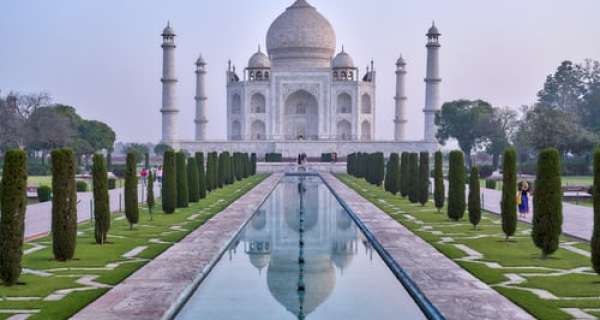 A few years ago, Aarav inherited a parcel of land from his parents.  Since he lives in the city and has no plans of going back to his hometown, he decides to sell the land. He then uses the money to buy an apartment right in the heart of the city.  It took almost three years for Aarav to buy the apartment after selling his inherited property. He falsely assumes that there is no tax liability in his reinvestment. After some time, he finds out from a tax consultant or worse, from the tax authorities, that he will have to pay tax on the capital gained from the sale of his inherited property.

It may have occurred to Aarav that the property he received is not subject to tax. This is true. In India, any asset that is received as an inheritance is fully exempt from gift tax. So he’s not obligated to pay any tax upon receipt of the parcel of land from his folks.

But the sale of the asset is not exempted from tax. This is taxable under capital gains.

In India, it is not uncommon for taxpaying individuals like Aarav to inherit properties such as land or house from their families.  And just like what Aarav did, these individuals would sell the property and invest in another property at some point in time.

However, it is also common for many people in India to be unaware of tax laws regarding inherited properties like land and house, as well as the tax stemming from the sale of those properties. They would only know of the tax liabilities they have when notified by the tax authorities, or as in the case of Aarav when informed by his tax consultant or a chartered accountant.

It is thus very important for individual taxpayers in India to know of these laws especially if they are to inherit property from their families.

What is Capital Gains?

Capital assets are property held in any kind by the taxpayer. It may be a parcel of land, a building, a house, or a vehicle. Leasehold rights, trademarks, patents, and even jewelry may be considered as capital assets as well.  In certain cases, capital assets may include the rights of management to any Indian company.

In Aarav’s case, the sale of the inherited land took him 35 months after the date of the transfer into his name. As such, it is considered a short-term capital asset.

If he had disposed of the property a month or so longer, it would have been treated as a long-term capital asset.

Long term capital gain is computed as the full value of consideration fewer expenditures incurred wholly in connection with the transfer of the capital asset. This includes brokerage, commission, and advertisement expenses, among others.  The indexed cost of acquisition and indexed cost of the improvement, if any, may also be deducted.

Full value consideration pertains to the amount that the seller agrees to get in exchange for his or her capital assets. It should be noted that capital gains is chargeable to tax in the year of the transfer.

The cost of acquisition pertains to the amount that any of the previous owners have paid to acquire for the property. Going back to Aarav’s case, let’s say that his grandfather was the original owner of the parcel of land. He had purchased it for Rs 20,000. This will be the cost of acquisition that Aarav can deduct to arrive at the short-term capital gains tax.

It can be said that the calculation of long term and short term capital gains is basically the same. The only difference is that in calculating long-term capital gains, the cost of acquisition and improvement is indexed, or adjusted for inflation.

On the other hand, long-term capital gains are taxable at a uniform rate of 20% plus surcharge and education cess.

However, there are exemptions on capital gains that can be applied as specified under certain sections of the Income Tax Act of 1961.

Going back to Aarav’s case, if he had used the proceeds arising from the sale of his inherited property, then he could have been exempt from paying capital gains tax.

Also, he could have been exempt from capital gains if he used the gains in the construction of the property that was completed within three years from the date of the sale of the inherited property.

It should be noted that under this section, only one house property can be bought or constructed using the capital gains to claim the exemption. The exemption can be nullified if the new property is sold within three years of its purchase or construction.

Under Section 54EC, the exemption is available when the capital gains from the sale of the first property are reinvested into specific bonds. These bonds are issued by the Rural Electrification Corporation and the National Highway Authority of India. Investment in these bonds should be up to Rs.50 lakhs.

The money that Aarav invested in bonds should be redeemed after three years. However, it cannot be sold before the lapse of three years from the date of sale. April should have invested the money he gained from the sale of his inherited land within six months after the sale of the property to have been able to claim this exemption.

The tax exemption is equal to the capital gain or to the investment, whichever is lower.  Transferring the bonds or taking a loan against them within three years is forbidden, though. It can result in capital gain becoming taxable.

Investing in these bonds would yield a return of 5.5 percent interest in a year.

However, Aarav should have done this before the deadline for filing tax returns which usually is on July 1. The money deposited in the account should only be used in buying or constructing a residential house within the prescribed period.

There are two kinds of capital gains deposits in the market. One is a savings type account while the other is a terms deposit. Any individual taxpayer can transfer money from one account to another by paying fixed penalties or charges in a bid to exempt his or her capital gains against tax.

As far as interest rates are concerned, capital gains deposit will have the same rates as those on regular savings and term deposits. There’s also a tax for the interest earned. Proof of deposit has to be attached to the taxpayer’s income tax return.

In the event that the deposited amount is not fully used to buy and construct a new house at the end of the three-year period from the sale of the asset, the money in the account will be treated as capital gains.

Opting to open a capital gains account should be considered only as a stop-gap measure.  The individual taxpayer will eventually have to use the money to buy or build a house within a specified period.

There’s also an exemption specified under Section 54B of the 1961 Act. This specifies that short term or long term capital gains are tax-exempt when the proceeds are used to purchase new agricultural land. The purchase should have been consummated within two years after the sale of the inherited property. Also, the agricultural land should not be sold within 3 years from the date of its acquisition.

The truth is that computing capital gains tax on the sale of a property, whether it is inherited or not, can be very tricky.  It is thus highly recommended that taxpayers who acquire a property and then sell it, later on, consult a tax expert or chartered accountant.

As shown in the case of Aarav, he would not have been caught surprised and unaware of his tax obligations had he consulted a tax expert or accountant before he sold his property and bought a new house. This only underscores the need to get professional advice, especially when dealing with real estate.