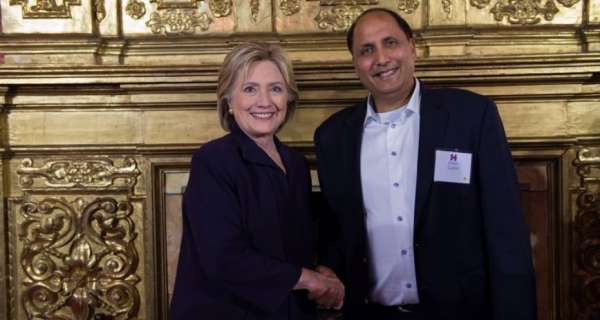 Democratic presidential candidate Hillary Clinton has vowed that she will make sure the wealthy and the largest firms will be paying their fair share while providing tax relief to working families. According to her, the economy should work for everyone and not just at the top of the food chain. She has committed to restoring fairness in the US tax code, vowing to create more jobs in the US and make the economy more competitive in the long haul.

Clinton has pledged to do the following:

Here are the major points of Clinton’s tax plans:

However, the income tax rates for individuals, married taxpayers, and heads of households earning less than $5 million a year will not be affected or changed at all.

To the uninitiated, the Buffett rule was coined by outgoing US President Barrack Obama who had noted of billionaire Warren Buffett’s criticism of current tax policies.  In 2011, Buffett wrote that he had paid lower tax rates than his secretary.

According to Clinton, the imposition of the Buffett Rule would be one that would help the nation achieve greater fairness in its tax system.

The nonpartisan Tax Policy Center estimates that taxpayers in the upper echelon would have to deal with an average tax increase of $4,527, representing a 1.7 percent reduction in after-tax income. Those who have incomes in the $295,000 and $732,000 range would have to pay $2,700 more in taxes. Those in the 0.1 percent with income greater than $3.8 million will also have their taxes increase to about $520,000.

The four percent surcharge that Clinton is proposing stems from a report by the IRS that in 2013, the 400 top income payers paid an effective tax rate of 23 percent brought about by lower rates on capital gains and other tax loopholes.

Not surprisingly, the bottom 95 percent of the taxpayers will not see any changes to their taxes. The Tax Policy Center says that if Clinton’s tax proposals are enacted, this would translate to an increase in revenue by about $1.1 trillion over the next decade.

The Tax Policy Center also notes that almost 80 percent of tax increases in a Clinton administration would affect only 1 percent of the population in the first decade. One in the 1 percent would owe as much as $120,000 more while the poorest citizens would owe $6 more.

But the Tax Foundation, a top independent tax policy research organization, sees Clinton’s plans as having a detrimental impact on the economy. In the long run, it could reduce the economy’s size by 1 percent according to the foundation’s Taxes and Growth Model.  It is also projected to lead to nearly 1 percent lower wages and 311,000 fewer jobs as well as 2.8 percent smaller capital stock.  The foundation states that these are a result of higher marginal tax rates on labor income and capital.

A study conducted by NCPA senior fellow Dr. David Tuerck shows that while federal tax revenues would increase if Clinton’s tax plans are implemented it can also affect the income of the general population.

The study points out that taxing high-income earners can slow down economic growth, which can hurt even the lowest income earners.

Clinton says she is proposing a scheme called “checkbook accounting” that will make filing taxes for small firms as simple and easy as keeping a checkbook or printing out a bank statement.

Many observers think that the idea will help businesses because it would be much simpler for them to file taxes. It is also seen to provide a net benefit to small firms as they can still choose to list all their deductions, and as such, any firm will be able to choose the option most favorable to them.

However, others point out that the benefits of this tax proposal aren’t that big for small firms. Most firms today rely on technology such as apps to track their expenses. They also use those files for filing their taxes.

Clinton’s tax proposals will also have an effect on investors in the country. As mentioned earlier, Clinton is batting for six capital gains taxes, with longer holding periods getting the lowest levy.

Clinton believes that by encouraging shareholders to hold on to their assets for the long haul, companies will be able to engage in moves that create long-term value like investing more in employees and raising wages instead of buying back shares.

The Tax Policy Center estimates that Clinton’s plan to increase capital gain taxes on investments held for shorter than six years would raise around $84 billion over a decade. This is assuming there will be little changes in investing patterns.

But the Tax Foundation says those plans will reduce tax revenues as it would push investors to hold on to their holding a lot longer.  The organization says that this proposal would likely result in a loss of around $375 billion on a static basis, as it can reduce the number of capital gains realizations.

The mutual fund industry is expected to be hit by Clinton’s capital gains tax proposal. If Mrs. Clinton’s plan pushes through, the belief is that investing in ETFs will become more popular than actively managed funds which have a 2-3 year time horizon.

Impact of Exit Tax on Companies

Another pillar of Clinton’s tax program is charging expatriating US firms an ext tax based on their offshore earnings. Clinton’s explanation is simple – “if they (companies) want to go, they have to pay to go.”

Clinton wants firms that have their tax residency moving to a non-U.S. jurisdiction to immediately pay its corporate income tax on overseas income that it has deferred.  The concept is basically asking for corporate exiters to pay before they escape.

This proposal is seen to counter the move of many US firms to shift their tax jurisdiction out of the US, which has the highest corporate tax rate at 35 percent. If this proposal comes into being, firms will face penal provisions for shifting tax residency abroad to leverage tax advantages.

Interestingly, this is an issue that is seen to protect the interests of US workers which Clinton’s rival Donald Trump has also championed by blasting trade deals like the North American Free Trade Agreement.

While Clinton’s tax plans appear to cater to the majority of US taxpayers, the consensus of many experts is that it would be detrimental to the economy in the long run. Although most of her policies except for the capital gains policy would likely raise tax revenue, organizations like the Tax Foundation believe that her plans will impose higher marginal tax rates on capital and labor income. This can then result in a slowdown in the US economy in the long run. This detrimental effect on the US economy will overshadow the revenue that Clinton’s tax policies could collect.

Indeed, Clinton’s tax plans appeal to a larger part of the population but a closer examination of her tax program reveals that there is still a lot to be improved on.