Understanding Adoption Costs and the Deduction Taxpayers Can Claim 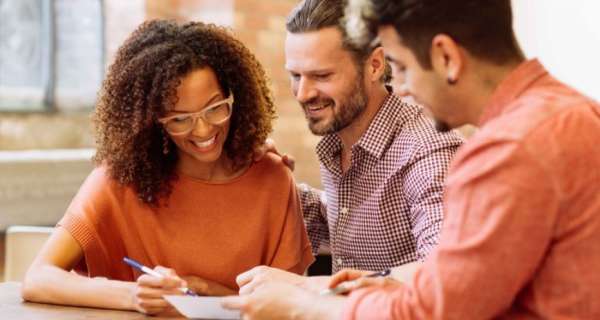 An adoption tax credit is the credit or tax deduction that adoptive parents receive which encourages adoption. It is stated in Section 36C of the Internal Revenue Code of the United States, and it provides credit for “qualified adoption expenses.” These are incurred or paid by taxpayers.

According to IRS, adoption costs and tax credit include qualified adoption expenses to pay for the adoption of an eligible child which also serves as an exclusion for the employer to provide adoption assistance.

As stated in the US tax law regarding adoption costs, the qualified expenses cover fees such as the adoption costs, attorney fees, court costs, traveling expenses (which also includes the cost of meals and lodging while on the road) and other miscellaneous expenses that are related to the taxpayer legally adopting a child that is deemed eligible. The adoption tax credit per child is doubled when two children are adopted in the same year. It is very important to note that this is credit and no deduction. This means there is a higher deduction considering it is the latter. To elaborate more,  the tax credit is a dollar for dollar reduction which means that the deduction from the credit is the total amount per dollar, which makes it a bigger deduction that what would have been subtracted if it were a mere deduction.

If the adopted child is one with special needs, the parents can claim full credit even without documenting the expenses. There are specific factors that determine the qualifications and the benefits of the child with special needs and they vary from state to state. A qualifying child that has special needs because of a condition or factor may involve any of these:

There are broader and more elaborate definitions of “special needs, ” and these can be used to determine if the child is qualified for the financial assistance from the Federal Government regarding the adoption of youth and children within the US foster care system.  There’s no single definition of what special needs are, but according to the Social Security Act, under Title IV-E, the child or the youth that has special needs must meet both requirements to be qualified for Federal Adoption Assistance:

The adoptive parents must document the child with special needs every paperwork that they get their hands onto. The documentation includes assistance for the adoption, the subsidy agreement concerning the adoption, and the letter from the state or county that the child welfare agency is situated.

Taxpayers should document all the financial records including the written adoption paperwork, home study paperwork, and legal agreements. Most audits concerning adoption tax credit can be completed by correspondence through an audit. The taxpayer and the accountant can communicate with the IRS via fax or mail. Tax audits also occur every three years so records that are concerning adoption expenses should be kept and retained.

Internal adoptions also require more paperwork as well as registration when the child from abroad has been adopted and then starts living in the US. Social Security Numbers and Social Security Cards, as well as passports and birth certificates along with US readoption,  are also required.  Additional documents that are needed for a child to permanently reside in the US are of great importance, and taxpayers must keep this. Readoption is also a means of documenting the child-parent relationship as stated in US law.

Tax benefits for adoption can also include the tax credit for a qualified adoption cost that will be paid by the qualified child, as well as the exclusion from the income of the employer that provides the adoption assistance. The adoption costs are non-refundable which means that it is limited to the taxpayer’s liability for that income tax year. The credit over the liability can be carried to the next five years.

Expenses for qualified adoption also include the home study if the child is physically or mentally incapable of attending a traditional school.

Qualified adoption expenses include the costs that are paid by the registered domestic partner of the taxpayer who lives in the same state for same-sex second parent or co-parents. Adoption of same-sex couples has already been defined so that the child they adopt is covered by adoption costs expenses and can, therefore, qualify for the credit.

There are limitations for credit and exclusion per child. The income limit on the adoption cost depends on the MAGI or the modified adjusted gross income. If that amount falls between the specific limit, then the credit of the taxpayer is excluded to the phaseout, whether it be eliminated or reduced.

When can the Adoption Costs Credit be claimed?

The tax year for which the taxpayer can claim the credit depends on these:

The adoption costs that are allowed for domestic or foreign adoption depends on the timing rules that claim the credit, whether or not these are qualified. It depends entirely on the kind of adoption.

Adoption of US children who have special needs

A child is considered to have special needs, as defined by the adoption costs, if:

Various states offer additional tax credits regarding adoption to benefit their residents. If taxpayers live in such a state, then they are offered with a state-level adoption tax deduction and credit. Taxpayers can add their tax experts if they are eligible for these.

Families who have gone through situations wherein an adoption process has been disrupted can still benefit from the tax credit. Families that qualify for these can also deduct the qualifying adoption expenses on the disrupted adoption. Nonetheless, these families have to wait for a whole year to go by even before they can file for the credit. The maximum credit also applies no matter how many adoptions, whether these pushed through or were disrupted, that the family has experienced for that income tax year.

Adoptive parents can also take the similar dependency exemption that is stated on their income taxes that can greatly benefit the adopted children, including children who are placed under their care, even if the adoption is not yet finalized. The exemption also deducts the taxable income. Families must then provide half of the child’s support to make the exemption costs.

Each year, adoptive families inquire whether they can still file their taxes and not have their child’s SSN. This is not possible because the SSN is received once the child has been successfully adopted. The adoption attorney of the taxpayer should then apply for the child’s SSN along with the birth certificate that has been amended. This is very crucial for the court hearing especially when it is being finalized. Taxpayers who do not have these just yet must turn to their accountant, tax representatives, or tax experts so that they can apply for a TIN that is temporary which the child needs. Taxpayers can also file for the taxes using that number.

Due to documentation and the increase in requirements, the Affordable Care Act is introduced, and it helps taxpayers claim the necessary Adoption Tax Credit that can be filed under the income tax year and with the help of a professional accountant