Transfer Of Money In Business Transactions 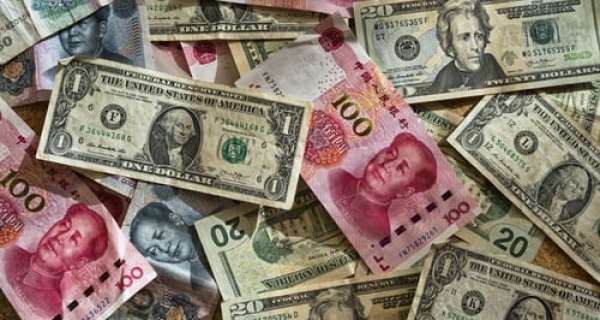 Many businesses around the world operate internationally. While it may sound promising, the truth is that doing businesses on such a large scale raises thorny issues, especially when it comes to profit generation and taxation.

If you own a company in the U.S. and another one in your home country other than the U.S., you probably often deal with problems that have to do with the movement of money. Usually, companies that have international operations use transfer pricing as a mechanism to help them tackle the complexities of international businesses.

Over the years, transfer pricing has become one of the most pressing issues in international tax. This involves the movement of not just money, but also goods, profits and services between at least two related parties.

If your business operates internationally, transfer pricing is one of the best ways through which you can allocate your income. It also benefits tax authorities, who need to determine if certain territories have been allocated with too little or too much tax, especially when the tax treatment between those territories vary.

When two companies that belong to the same multinational group trade with each other, that is when transfer pricing happens. For example, a subsidiary of Coca-Cola that is based in the U.S. acquires something from another subsidiary of the same company that is based in France. Once these two companies establish a price for their transaction, that is where transfer pricing happens.

Today, about 60 percent of international trade takes place within multinationals, which means that the parties in question are from the same corporate group, although they come from different countries. Every year, governments lose considerable tax revenue as a result of companies not belonging to the same corporate group trading. The amount that governments lose is estimated to reach up to hundreds of billion dollars annually.

The idea of transfer pricing is that the companies trading with each other must mutually agree on a fair price for the goods and services that are moving between them. Aside from agreeing on the price, they should also record their justification and correspond with the actual flow of funds.

Except in the context of an agreement between a seller and a buyer, the concept of a fair price does not exist in market-based economies. Here, officials expect both the buyer and the seller to reach an agreement on the price for the goods or services moving between them, provided that the price should have substantial deference, including tax issues.

Because of that, the concept of transfer pricing becomes clearer: It is about documenting two companies that are related trading, agreeing to acquire something because it is valuable and paying for it because that is what it costs on the market.

When two companies are unrelated to each other trade, the result of their transaction is a market price. This is what “arm’s length” trading is all about. It results from two unrelated companies’ genuine negotiation and is generally considered acceptable for tax purposes.

On the other hand, when the companies trading is related, the tendency is for them to artificially distort the price so they can minimize their overall tax bill. It is also possible for the two companies to use the distortion to record much of their profit in a tax haven, with no tax at all.

Shifting Profits into a Tax Haven

Some companies tend to distort their prices so they can record as much profit as possible in a tax haven. But how do these companies do it?

For instance, a company has a plantation in Africa. The same company harvests the crops, processes them, transport and sell them in the United States. Say this company has three subsidiaries—one in Africa, one in the U.S., and another one in a zero-tax haven.

This is where the “arm’s length” principle gets in. The purpose of this principle is to prevent the abovementioned situation by making sure that the prices are properly recorded and not artificially distorted, as though the trades are conducted “at arm’s length.”

In most cases, trading at arm’s length is impracticable, particularly because several multinational corporations are still able to avoid tax owing to this practice. This is one of the biggest issues of tax justice. What makes it even worse is that usually, the tax issues in developing and developed countries are different. In this case, however, both rich and poor nations share the same tax concerns.

Globally, the traditional approach to tackling transfer mispricing is by applying the arm’s length principle. As previously stated, this principle requires that the transfer price be the same, as if the parties involved in the trade are actually unrelated with each other, do not belong to the same corporate group, and are conducting their negotiations in a normal market. Since the United Nations Tax Committee endorsed this principle, it has widely served as the basis for treaties entered into by governments.

Try to imagine two companies that are related to each other engaging in a trading activity that involves a small component of an aircraft engine. For example, the component is made especially for that engine and is not manufactured by any other company. Since a market comparison is impossible in this case, the arm’s length price becomes less obvious.

Another example would be the case of the logo of a multinational corporation. For example, the logo of Shell Oil. There has been a huge misunderstanding of how much this logo is really worth, paving the way for abuse and intellectual property issues.

Over the years, the arm’s length approach in preventing transfer mispricing has resulted in considerable damage, wasting billions of dollars annually around the world. Governments have tried to meet costly compliance requirements and collect revenues from the corporate tax system but to no avail.

While most multinational corporations tend to take advantage of the arm’s length approach in determining transfer pricing, other organizations use an alternative approach: Unitary taxation. Multinationals favor the other principle because it gives them considerable breathing space for their taxes, hence minimizing their tax bills. However, organizations belonging in the academic field, as well as other non-governmental organizations, use an approach that is far simpler than the arm’s length approach.

In the unitary taxation approach, the economic substance of a multinational and its transactions take precedence instead of the legal form in which the organization organizes itself.  It basically involves taxing the different units of a multinational company based on what it does in the real world.

Unitary taxation was first used in the U.S. more than a hundred years ago, back when each state in the country was having difficulties taxing multi-jurisdictional corporate entities. Eventually, the Supreme Court released a ruling that taxing rights in each state should be fairly apportioned. That is why today, several states already have a system where they consider corporate groups as units, and their incomes are fairly apportioned to each state based on an agreed formula. After apportioning the income of these corporations, then that is when the states can finally apply their respective income tax rates to the part of the overall income apportioned to them. By using that formula, the profits are well allocated to jurisdictions. Although some companies may find designing an apportionment formula a bit complex, these complexities are manageable. Generally, unitary taxation is easier to implement than the arm’s length method, and works well in practice, particularly in the U.S.

Advantages of Unitary Taxation. Aside from the fact that the unitary taxation is simpler than the arm’s length method, other advantages of this approach include:

When using the unitary taxation approach, the organizations that are most likely to be at a disadvantage are the legal and accounting firms, whose incomes are derived from setting up complex and tax-driven corporate structures.

Obstacles to Unitary Taxation. Just like any approach, unitary taxation also has its own share of disadvantages. The three of the most common obstacles to this approach are: