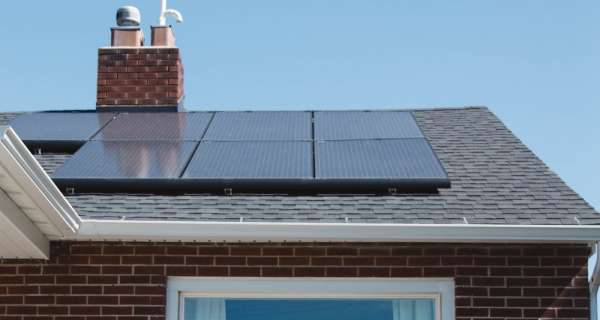 Tapping the sun to acquire power feels very good. Solar power does not pollute but it reduces the use of fossil fuels and other coal and also reduces the individual carbon footprint. It is also up to five times expensive as electricity that is from natural gas and the other sources.

In order to encourage the Americans to use solar power, the Department of Energy along with the Environmental Protection Agency runs the Energy Star Program which among the other projects also offers the tax credits simply for the solar-powered systems.

Installing the alternative energy equipment in one’s home can also qualify them for a credit that can amount to 30% of the total cost. The credit is made available until the end of 2019. The percentage usually steps down every year and then ultimately does so at the end of 2021.

The qualifying equipment also includes the solar-powered units that can generate heat water or electricity. The credit can be made available for improvements especially when it is to make a residence for the individual. This can also apply to a second residence.

As a credit, it is possible to take the amount directly off the tax payment and not make this a deduction from the taxable income. Aside from the cost of the system, there is also no limit to the total dollar amount of the credit.

How to Claim Solar Credits for Rental Property

It is not possible to claim credit simply for installing solar power at the rental properties that the individuals own. The exception is when the taxpayer lives in the house for just some time of the year and also use it as a rental while one is away. When one is needed to reduce the credit for the vacation home, rental and otherwise, also reflect the time that this was not there. If the individual lives there for around three months per year, for example, then the individual can claim 25% from the credit. The system usually costs around $10,000 which is the 30% credit from the $3,000 and can also claim a quarter from that, which is around $750.

When claiming the credit, it is necessary that the individual must file Form 5695 as well as part of the tax return. This can be calculated on the credit of the form. This is then entered as a result of 1040.

If the individual ends up with bigger credit than the income tax due, then they cannot use the credit in order to get the money back from Internal Revenue Services. Generally, what they can do is carry the credit over to the following year. Unfortunately, it is not yet clear whether they can carry these unused credits to the years after the solar credit expires.

The Consolidated Appropriations Act was signed in December 2015. It also has an expiration date for solar thermal technologies and PV and introduced the gradual step down in the value of the credit for the technologies. The credit that is delegated to the other technologies also expired toward the end of 2016.

The taxpayer can claim the credit of 30% that is considered qualified expenditures for the system that has served as a dwelling unit which is located in the United States. As long as this owned and used as a residence for a taxpayer, then this is what counts. The expenditures in relation to the equipment can also be treated and made the minute the installation of these solar panels is completed and finished. When the installation is set at the new home, then the data that is placed in the service of the occupancy from the homeowner. The expenditures also include the labor costs for every on-site preparation that is in the assembly of the installation of an original system. Preparing and wiring of an interconnected system to a home can also receive deductions from the federal tax.

The maximum credit is $500 for every half kilowatt

Significantly, the American Recovery and Reinvestment Act of 2009 also repealed the previous limitation on using the credit for eligible projects that are supported by the “subsidized energy financing.” For projects that have been placed in service after December 31, 2008, then the limitation no longer applies.

Established by the Energy Policy Act of 2005, the FTC or federal tax credit for the property's residential energy initially started to work with solar-electric systems, fuel cells, and solar water heating systems. The Energy Improvement and Extension Act of 2008 also extended the tax credit of the small wind-energy systems along with the geothermal heat pumps. This was made effective January 1, 2008. Other key revisions include the eight-year extension of credit until December 31, 2016. The ability to take advantage of the credit and set this alongside the alternative minimum tax. This also includes the removal of the $2,000 credit limit that is targeted solely for the solar-electric systems that started in 2009. The credit has also been further enhanced in February 2009 as conducted by the American Recovery and Reinvestment Act of 2009. This removed the maximum credit amount all on eligible technologies with the exception of fuel cells that have been placed pretty much in service after 2008.

Guide on How to Receive the 30% Credit from Solar Energy

The Solar Tax Credit is the Law that has been extended by legislature in December 2015 and it lets the taxpayer take the 30% credit, as long as it is a qualified expenditure for the solar system. This is considered qualified if it serves as a dwelling unit that is located in the US and is owned and also used as a home by the active taxpayer.

The expenditures in relation to the equipment are made when the installation has been completed. The eligible expenditure also covers the labor costs for a preparation made on-site, piping, and wiring the interconnection of the system to the home and the installation of the original system. In a nutshell, this means that the entire value of the quote from this solar company can install the solar panels that are eligible for the tax credit.

To claim the 30% tax credit from solar energy, individuals must complete the Form 5695 and then add the results to the main tax return.

Here are steps on how to complete the Form 5695:

Form 5695 calculates the tax credits for various qualified residential energy improvements. You just need to worry about Line 1 for solar electricity. Also, insert the total cost for the solar panel systems that include the installation listed in Line 1.

Assuming that the taxpayer is not receiving the tax credit for the fuel cells that have been installed on the property, then they do not carry forward the credits that have been accumulated from last year. If this is the case, the value from Line 6 is then put on Line 13.

The next step is to calculate if the taxpayer has enough tax liability to acquire the whole 30% credit that can be received for the year.

The worksheet on page 4 of Form 5695 must then be calculated to come up with the limit on the tax credits that can be claimed. If they are claiming tax credits for interest on a mortgage, buying a plug-in hybrid or electric vehicle, buying the home for the first time or adoption expenses, then there should be more information at hand.

This is how you come up with the Federal Tax Credit for Solar Energy.