Reasons why Solar is a great idea? 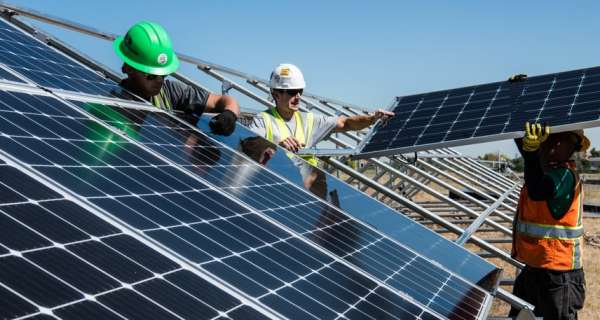 The Federal Solar Tax Credit is also called the Investment Tax Credit or the ITC. This lets the taxpayer deduct 30% of the federal taxes when a solar energy system has been installed. The ITC is applicable to commercial as well as residential systems. The best thing about it is that there is no cap on the value. With the ITC, the average shopper can save around $5,000 when one opts to go solar. The cost of solar and its perks and advantages have been spreading around the United States.

What does the federal solar tax credit extension mean for the solar industry?

The Federal ITC was established by the Energy Policy Act in 2005 and was supposed to expire in 2007. Fortunately, it has been extended over time and the expiration date has been pushed to the end of 2016. Experts believe that with the five-year extension added to it, it would also bring the solar industry to its complete maturity. Here are the specifics of what is called the Solar Tax Credit:

Additionally, in previous years, the owners of the new solar energy systems cannot claim the tax credit unless the system has been operational. The legislation allows this to claim it the very minute that the construction of the very system begins. This starts operating on December 31, 2023.

As long as the individual owns the solar energy system, then he is eligible for the solar tax credit. Even if there is not enough tax liability for the person to claim the whole credit in just a year, this can be “rolled over” to the remaining credits and can be used in the future as long as the tax credit is taking effect. Remember that if a lease is signed along with the PPA and the solar installer and the taxpayer is not the owner of the system, then a tax credit cannot be received.

There is the claim that is filed when the taxpayer is filing a yearly federal tax returns. They must allow their accountant to know that they have gone solar in the previous year or if they file their own taxes. There are various sites that can guide taxpayers on how they can claim their solar ITC.

Three Tips for Those Who Are Considering to Go Solar:

It may be quite a big purchase but shopping for the solar panel installation requires lots of consideration and research as well as a well thorough review of the nearby companies in the area. US Department of Energy’s NREL or the National Renewable Energy Laboratory also recommended that the consumers must be compared for various solar options as possible so that paying inflated prices can be avoided and then offered by large installers in the solar industry.

In order to find smaller contractors typically provide lower prices and there is a need to use the installer network such as EnergySage. Individuals can also receive free quotes from the vetted installers that are local to the individual whenever a property is registered. Homeowners can also get around 3 or more quotes. They can expect savings between $5,000 to $10,000 on the solar panel installations.

The bigger is not always better is the very reason homeowners are encouraged to consider every solar option and not just the brand that is large enough to pay to advertise. Recent reports conducted by the US government discovered that there are large installers around $2,000 to $5,000 that are more expensive than small solar companies. If there are offers for big installers in solar, then make sure that the bids along with the quotes are comparable from the local installers so that they are ensured that they do not overpay with the solar costs.

The national scale installers do not just provide high options. They also have the tendency to provide a few solar equipment options which can also have a significant impact on the system’s electricity production. Collecting a diverse array of solar bids, taxpayers can compare the savings and costs based on the different equipment packages that are available.

There are also multiple varieties to consider especially when seeking the best solar panels on markets. There are certain panels that can also have higher efficiency ratings than others. It also invests in the top line of the solar equipment. However, this does not always result in higher savings. The very way to find “sweet spots” for the property is to evaluate the quotes of the financing offers and the varying equipment.

Therefore, every homeowner in the early stages of shopping for the solar panel would always be a ballpark estimate of the installations. This can also offer up the long-term savings and the up-front cost based on the very locality and roof type of the solar panel.

How to Claim the Solar Tax Credit

Those who are considering to go solar most likely have heard about a federal solar tax credit or ITC also known as the Investment Tax Credit. The Federal ITC makes more it more affordable for businesses and homeowners because they grant a dollar-for-dollar tax action and this is equal to around 30% of the overall cost of the solar energy system.

30% for the shopper actually means that this is the average national cost for the individual when a solar panel is installed. This is around $18,840. For that price, the solar tax credit is reduced by $5,652. This is the federal tax for the solar panel. This is just one of the many incentives and rebates that can actually reduce the overall cost of solar for those who own this.

There is information out there regarding the value of the residential ITC but it also figures out on how to claim the credit when it comes to filing taxing. This is a whole other story whenever those who are into solar panels go through the process of filling up Forms 5695 to Form 1040 step by step.

The cost of solar is definitely dropping across the United States.

First thing: IS the individual eligible for the solar tax credit?

An individual is eligible for Federal ITC as long as they are the owners of the solar energy system and not the one that leases it. If a lease agreement has been signed, then the third-party owner is the one that gets the solar tax-credit that is associated with the system. This is a true manifestation of the vast majority of local and state incentives for the solar system. There are also some special cases that allow the lease to grant the taxpayer the financial benefits that are associated with the sale of the SRECs or the solar renewable energy certifications. It is also eligible with the solar energy system that is not on the primary residence – as long as the property is owned, and this has been lived in part of the year. When these are all met, then the tax credit can be claimed.

If the federal tax liability is lower than the overall total of the ITC savings, then the individual can still make the most out of this by carrying this over the credits that remain and utilize this in the following year.

Claiming ITC is easy. The only thing that must be completed is Form 5695. This is also referred to as “Residential Energy Credits.” This includes the final result of the form on IRS Form 1040.

Form 5695 is what calculates the tax credits for various qualified residential energy improvements. Some of these are solar panels, small wind turbines, geothermal heat pumps, and fuel cells. This is used as the national average gross cost of the solar energy system as an example.

The steps that have been listed above all outline the need to receive 30% of the cost of the solar panel that has been credited back. If there are energy efficiency improvements that must be done to one’s home in that year, then page 2 of Form 5695 must be completed. Either way, the individual must include this in Form 5695 when taxes are submitted.

The commercial and residential solar ITC has also helped the annual solar installation increase by around 1,600 percent since this ITC has been implemented. The existence of the ITC until 2021 also provides market certainty for businesses that can develop long term investments which also drive technological innovation and competition that can also lower the costs for the consumers.