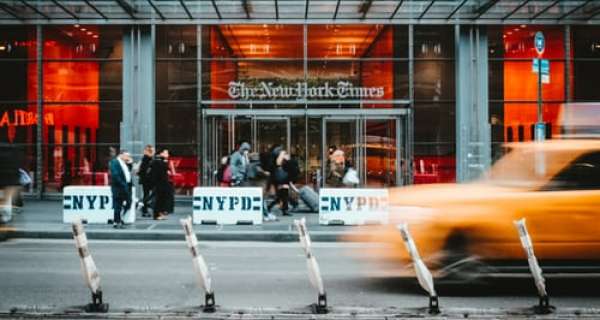 Healthcare-Now! is an online portal that specializes in the health schemes of the US and helps the people to understand the schemes better and ways to access the same. Recently it clarified a mistake that was done by the New York Times about the coverage and purpose of the Cadillac Tax. Healthcare-Now! explained the right concepts and insisted that the article by the New York Times was clearly misleading to the general public.

They insisted that thought the publication was right about the perils of this tax, it had gone wrong about who can use this tax and how the employers are looking out for ways to evade the same.  The tax was incorrectly said to punish the employers who provided high-end health welfare plans to their workers. However, in reality, the tax actually punishes plans that have huge premium charges. ($10,200 for individuals and $27,500 for families).

It was also found out that the coverage of the insurance plans had no relation to their premium amounts, which means that plans with high premiums do not necessarily offer wide coverage and plans with low premium do not necessarily offer a small coverage. Recent studies reveal that only 3.7% of the entire premium differences could be related to the difference in coverage. This tax would not give any impact for people, who already have a good coverage, but this could affect older patients who might be required to pay up to three times the premium amounts of what the younger patients pay and it could also mean more premiums to pay for people who live in states that have expensive health care.

The Times had explained that this tax would encourage employers to lower their employees’ premium costs through various health and wellness centers to monitor the employees’ health. However, lots of research was done on this subject lately and it was found out these health centers only act as a tool through which the employers transfer costs onto workers with lifelong illnesses. These employees are either exorbitant rates of premium or their benefits are withheld.

Healthcare-Now insists that a single-payer tax system is a better way to reduce healthcare costs as it would take off the burden of huge costs from the employer’s shoulders and ensures that all employees get reasonable coverage for their premiums. A publication as reputed as the New York Times should act more socially responsible and stop publishing wrong information about the Cadillac Tax as millions of people get misled due to this.

Hence, this portal requests and encourages the readers to submit a short 150-page letter to the editor of the New York Times explaining about any recent article and requesting them to change their stand on the Cadillac Tax. People who are interested and write to the editor must mention their names, addresses and phone numbers so that it is easy for tracing. A huge collective effort like this would surely stop people from misinterpreting the properties of the Cadillac tax.