Interest of US Savings Bond 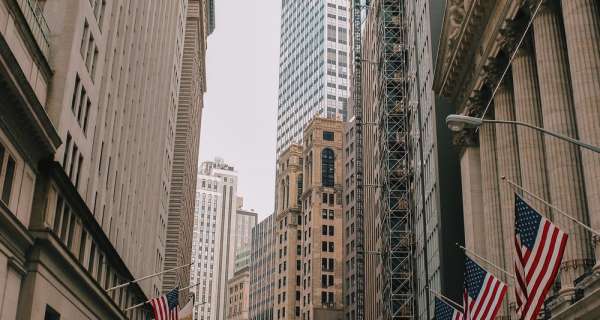 Purposes of US Savings Bonds:

Redemption Information of US Savings Bonds

The savings bonds are then exempt from the taxation by the State and the political subdivision of a State except for the purposes of inheritance or estate taxes.

Interest earnings are obviously subject to the Federal income tax

Interest earnings are also excluded from the Federal income tax when the bonds are eventually used to refinance the education. Check the education tax exclusions as well as the restrictions that apply.

What interest rates can the individual get if he or she buys the bond right now?

The composite and usual rate for the US Savings Bonds that are issued between May 1, 2017, and October 31, 2017, is 1.96%. The rate that applies for the first six months allows the individual to essentially own the bond.

How do US Bonds Earn Interest?

US Savings Bonds earn the interest monthly and it begins on the very first day of the month that it has been issued. The interest then accrued and eventually added to the bond and lasts for a maximum of 3 decades.

How Does Treasury Figure the US Savings Bond Interest Rate?

The interest in these US Savings Bond is a combination of the following:

In order to determine the current value of the individual’s bonds, he or she is advised to turn to the Savings Bond Calculator. When this tool is used in order to look up the total value of the US Savings Bonds that are usually less than 5 years, the individual must take note that these values usually do not cover the remaining three months of the interest. However, it is also important to remember that the Savings Bond Calculator shows the amount that these bonds fail to reflect due to the interest penalty.

The fixed rate of the interest will let the individual get the bond once it has been bought. This fixed-rate also does not change during the entire lifespan of the bond. The US treasury also has announced that the fixed rate for the US Savings Bond is set every six months. This usually falls on the first business days of both May and November. The fixed-rate also then applies to every US Savings Bond that has been issued for the next six months of that time period.

The fixed rate of the US Savings Bond is an annual rate. Note that the compounding is eventually semi-annual.

Unlike the fixed rate that does not change for the remainder of the bond, the inflation rate usually and can change, especially every six months. The inflation rate is usually set every six months (as mentioned, it falls on the first business days of both May and November), depend it on the changes of the non-seasonal adjusted Consumer Price Index for every Urban Consumers. This is also called the CPI-U and applies to each item, including energy and food.

However, the change is then applied to the bond every six months upon issuance of the bond. These dates are then changed and it may not fall on May 1 and November 1.

In order to get both the actual rate (which is also called the earnings or composite rate), the inflation rate and the fixed rate are combined.

Is US Savings Bond Interest Taxable?

Individuals must know that the interest of their savings bond is also subject to:

Using the money solely for higher education also keeps the individual from paying the required federal income tax on the bond interest of the savings. It is possible to use the US Savings Bond for Education.

Who owes the Tax from the US Savings Bond

If you are the sole owner of the bond, you owe the tax. If you use the money in order to buy the US Savings Bond and then put it in both your name alongside a co-owner, you owe the tax. If you purchase the bond and someone else is listed, then the person whose name is listed owes the tax. If you and another person purchase the US Savings Bond together and both of you have put money in order to pay it and are named as both the owners, then you and that person must file a report and pay for the interest in proportion to how much was paid by each of you. If you and your husband or wife live in a community proper state and also purchase the bond which is regarded as community property and then you eventually file for separate income tax returns on a federal level, then you and your spouse pay half of the interest.

When must the individual report the interest on his or her tax form?

The individual has a choice. He or she can report the accumulated interest annually or defer or put off the report of the interest until a federal income tax return has been filed for that year in which these following events have occurred:

Reporting the Interest Toward the End

A number of people defer filing and reporting the interest. They also put this off until they get to the point of filing the federal ITR for that said year. There they receive the worth of the US Savings Bond which also includes the interest.

When this stops earning interest, then these are automatically redeemed and then the interest that has been earned is eventually reported and filed to the IRS. It is possible to see the interest alongside the IRS Form 1099-INT.

It is possible to choose to report the said interest on an annual basis. Those who do this often find it quite an advantage that they report this and file it under the name of their child. The child can then eventually pay taxes at lower rates even after the maturity of the bond.

The individual, as well as the child on the bond, does not receive the interest every year if they report it in that method. The interest that this bond eventually earns is then reported on 1099-INT after the redeeming and encashment of the bond or the reinsurance in order to reflect that there is a change in taxes and ownership. This same form also shows the interest that the bond has been earned through the years.

Once the individual starts reporting the interest on a yearly basis, then the individual must also continue doing the same process year in and year out – especially for the savings bonds as well as future acquisition. The 1099-INT also shows the interest that the bond has accumulated through the years. For the individual to know more about the Interest non-US Savings Bonds, they are advised to go to Publication 550 of Investment Income and Expenses to see the instructions in order for them to know how they can report the interest they can get in the coming years. Once he or she starts reporting the interest obtained per year, they can continue doing this in the following years for all their bonds and not just this one.