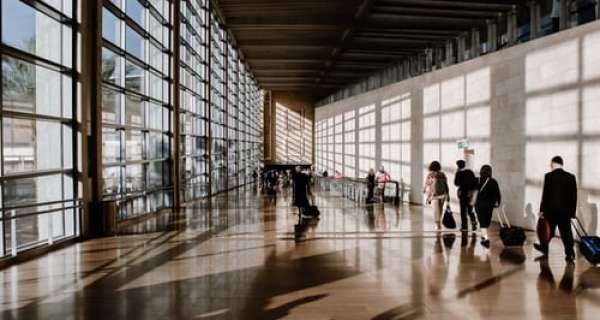 Traveling for business has a lot of perks. It may mean spending some time away from the office and dealing with a lot of tasks as a result, but for the most part,  it can be very rewarding.

You do not have to be a boss to understand how rewarding business trips can be. Business owners and executives, for one, can meet prospective clients and suppliers.  They can seal deals by wining and dining their associates. Or they can strengthen their relationships with current partners.

Employees, meanwhile, can improve on their skills, update their knowledge, and network with peers when they attend conventions and business conferences. Plus, the time away from the office can re-energize them and make them more productive and inspired when they return to their respective work stations.

What’s more encouraging is that most business-related expenses can be claimed as tax-deductible. Anything related to the business trip can be written off, from airfare, taxi fare, lodging, communication charges, and supplies.

Even incidental expenses can be claimed as tax-deductible. These are small costs incurred during business travel. It may cover for tips or fees that an employee or business owner gives to porters, baggage carriers, maids, and stewards.

In short, incidental expenses are gratuities given to the staff of restaurants, hotels, cruise ships, and similar establishments.

Tipping is customary practice in the United States. It should be noted that the federal minimum wage of $8 an hour, so tips can help make up for the low pay of servers.

Thus, business travelers will normally have to spend for gratuities extended to waiters, bell boys, porters, and other servers that they will encounter during their trip.

While there’s no standard rate as far as tips in the US are concerned, the following is a guide on how much business travelers tip for people who serve them:

Tipping, however, is not practiced in other countries.  In fact, outside the United States, the practice is not customary.

For instance, tipping in Australia is practically non-existent. This can be attributed to the fact that the minimum wage in Australia is $16 per hour, or around $622 a week.

It’s also not practiced in other countries such as Japan, Argentina, and Estonia. In most countries in Europe, such as France, the United Kingdom, the Netherlands and Finland, tips are already included in the bill.

What’s Not Included in Incidental Expenses?

The IRS, however, does not consider the following as incidental expenses:

These costs incurred, after all, are reimbursable as other expenses.  For example, the costs of cleaning and ironing of clothes can be written off as cleaning expenses. Local and long-distance calls, as well as fax and Internet services, maybe claimed as communication expenses. Gas for rental vehicles and parking fees, meanwhile, are considered as transportation expenses.

Because incidental expenses are small, it is very common for business owners and employees usually payout in cash.  The minimal amounts involved in a tip, and the fact that there’s no need to issue a receipt for such expense, has prompted the IRS to set a rule when it comes to claiming incidental expenses during a business trip.

According to the IRS, a business owner or employee who was on business travel can opt for the incidental-expenses only method in claiming a deduction. In this method, the taxpayer can write off the incidental expense of $5 a day.

This method spares taxpayers from the hassle of keeping tabs of the costs they incurred for the tips given during the course of a business trip. Since tips are very small, it can be difficult for business travelers to keep track of the expenses they have incurred.

This method, however, can only be used when the taxpayer did not incur any meal expense.

Thus, a taxpayer cannot claim incidental expenses if he or she had and claimed meal expenses during the business travel.

Let’s cite an example.  Victoria was sent by his boss to a three-day business trip to New York.  She incurred meal expenses during that trip.  She could have claimed half of the total amount of those meals under tax rules, but because she could not present the actual costs of the meals,  she just opted to claim a standard meal allowance.

Thus, Victoria can write off $153 for her meals during that trip. However, because she had claimed meal expenses as tax deductions, then she won’t be allowed to deduct $15 as incidental expenses.

If Victoria didn’t claim any meal expenses, then she can write off the $15 incidental expenses that she incurred during the trip.

By using the standard meal allowance, Victoria has practically claimed both meal and incidental expenses.

Victoria can receive this allowance if her employer does any of the following:

Workers who are regularly required to travel away from their residence, and have to travel to different areas that are qualified for standard meal allowance rates, are also considered to be transportation workers by the IRS.

Those who are in the transportation industry get a standard meal allowance of $64 a day.

There are instances, though, when claiming the standard meal allowance or using the incidental expenses only method won’t suffice to cover the expenses incurred by a business owner or employee.

For example, what if Victoria had to shell out more than $30 in tips alone during her three-day trip?  She might have brought a lot of bags so that meant she had to give tips to the bellboy and porter. She could have even given the taxi driver a tip for helping her carry her baggage.

One way that Victoria can reimburse those expenses is to claim per diem or per day. Per diem is a daily allowance for expenses that companies give to employees on a daily basis to cover expenses when on business travel.

Claiming per diem also has one distinct advantage—it spares employees from preparing the documentation required to support business travel expenses.  If Victoria opts for this method, then she no longer has to collect every receipt she gets during the trip. There’s also no need for her to note the time, place and purpose of each business meeting she attends. Moreover, she no longer has to hold on to those receipts and other documentation for two to three years, just in case the IRS calls in and questions her business travel deductions.

It can also mean faster reimbursement of expenses on the part of the employee, as there is no need to review and approve monthly expenses reports. It can also prevent processing delays caused by incomplete documentation, or when a supervisor inquires on the reasonableness of a claim.

However, per diem rates aren’t paid to individuals who own more than 10 percent of the business. Thus, business owners cannot opt for this method in claiming tax deductions.

The IRS uses the high-low method in determining the per diem in certain areas in the United States.  Simply put, employees who work in areas like San Francisco, Boston, and Washinton D.C. have a higher per diem rate than those working in areas in the ‘low cost’ list.

For the fiscal year 2017, the IRS has set the per diem rate for high costs areas at $282. The breakdown is $214 for lodging and $68 for meals and incidental expenses. This applies to all high-cost areas within the continental United States.

Some of the high cost areas for 2017 are Los Angeles, San Francisco, Santa Monica, Santa Barbara, and San Jose in California; Denver and Aspen in Colorado, and Sedona in Arizona.

Chicago, Maine, Maryland, and Seaside in Oregon are other high-cost areas as defined by the IRS. In Florida, cities like Miami and Fort Lauderdale are classified as high-cost areas.

Other areas where the per diem rate is $282 for 2017 are Hershey and Philadelphia in Pennsylvania, Park City in Utah, Seattle in Washington, Jamestown, Middletown, and Newport in Rhode Island, and Virginia Beach and Wallops Island in Virginia.

Compared to the previous year, the rates have gone up by $7 for high-cost areas and $4 for the low-cost areas.

In such a case, she can only receive a reimbursement of $68 for M&EI as the lodging costs have been shouldered by her employer.

It should be noted that transportation costs and mailing costs aren’t included in incidental expenses. These include transportation between places of business and lodging, as well as mailing expenses incurred for filing travel vouchers.

Employers are also required to continue using this method for an employee in the last three months of the fiscal year.  This means that the same method utilized in the first nine months of the year should also be used for the final three months.

While tips extended to waiters, bellboys, and other servers are not as costly as meals and transportation expenses, the amount can quickly accumulate during a business trip. Fortunately for most employees, the IRS allows these expenses to be reimbursed either through the incidental expenses-only method, per diem, or the meal and incidental expenses method.