How to deal with US Taxes if you are living abroad? 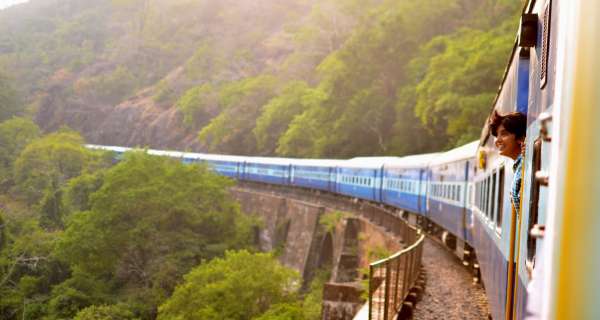 US citizens or green card holders who live somewhere outside the USA are still required to file their taxes. They are required to do this if they have personal income like wages, commissions, consultancy fees, alimony, interest, capital gains, farm income, inheritance, salary, tips, pension fund, US and foreign social security interest, dividends, and rental property.

It is important to note that they have US tax filing obligations even if they have been outside the United States for several years and all income accumulated is from foreign sources. They may also have some tax filing obligations even if some or all of the income has already been taxed or will be taxed by a foreign country. They are also required to file even if they are not accumulating any money and are married to an individual who does have income.

Basically, they have to file an IRS form 1040 for the previous year that the income was above the threshold. These are the same as US residents. Filing 1040 is due on April 17, 2018. There is an automatic extension for those living abroad. For them, it is on June 15. However, if there are taxes that are due, then the interest is calculated. This starts on April 15 and ends on the payment date.

How Does Living Abroad Mitigate US Tax?

There are two methods that can reduce US tax by substantial amounts. These are the FEIE or the Foreign Earned Income Exclusion and the FTC or the Foreign Tax Credit. Neither can excuse the taxpayer abroad from filing their income especially when it is above the filing threshold.

The FEIE or the Foreign Earned Income Exclusion lets the taxpayer exclude a certain amount of the Foreign Earned Income from the US tax. The exclusion also applies only to income that has been earned outside the United States. There are other incomes like pensions, dividends, US-sourced income, capital gains, and interest. They are also liable for the full US tax on this kind of income.

The other method that is used to reduce the US tax bill uses IRS Form 1116. The FTC or Foreign Tax Credit use IRS Form 1116. If the income has been taxed by the foreign country, then the tax from the US is subtracted. It also substantially reduces the tax bill. However, Foreign Tax Credits for Foreign Taxes on Income cannot be claimed when it is excluded on Form 2555. To put it simply, taxpayers outside the United States can claim foreign tax credits for foreign taxes on a similar income that the US is taxing. The fraction of the foreign taxes that are taken as the tax credit is also determined by the ratio of the excluded income from the total income.

With that being said, taxpayers outside the United States are better off by simply using the foreign tax credit and also not claiming the FEIE. If this is done, then there is no need to pay US taxes. In addition, the FTC or Foreign Tax Credit can also be applied against the tax on the unearned income. Therefore, by judiciously combining FEIE along with the FTC and also applying the FTC substantially reduces and even decreases the tax bill down to zero. This is merely an approximate calculation that also serves as an example of how the system operates.

Taxpayers outside the United States must be reminded that even if the calculated tax bill amounts to zero then applying for the foreign tax credit and/or the FEIE is zero. In summary, the foreign earned income reduces US tax to zero. However, if the foreign income is above $102,100 then it is suggested for the taxpayer to explore every possibility using the foreign taxes in the form of credit alongside US taxes that are due.

Taxpayers must remember that if they are claiming the FEIE from the previous years, then they can use the Form 2555 and then decide that this is the very year they can use the FTC or Foreign Tax Credit. However, once this is done, then they cannot go back to using the FEIE for the following six years unless they receive their permission from the Internal Revenue Services or IRS.

In some cases, they can also exclude the qualified housing expenses from the taxable income. This can be calculated on Form 2555 which is found under Part VI. There are also other aspects that are considered when calculating the US taxes of a taxpayer outside the United States. One is the AMT or the Alternate Minimum Tax. This handles the unearned and passive income, specifically the capital gains and interest. There are also exclusions on foreign housing if lodgings are rented. Other examples are business expenses, state taxes in the specific US states that the taxpayer has lived in, itemizing deductions instead of applying the deduction that is standard on specific taxes and earnings of a spouse that is not an American citizen.

Self-employment taxes such as Medicare and Social Security apply when the net annual earnings are more than $400 and they live in countries that do not have totalization of a social security agreement in the United States. If these elements are to be considered, they have to be well-advised to and consult an international tax expert.

This impacts US taxpayers in fiscal years for which the US income tax returns have been filed for the year 2018. Americans who live outside the United States must know how important it is to declare that they are not subject to the Affordable Care Act. This is a shared responsibility provision that indicates that they benefit from a status specifically obtaining a foreign health plan without the need to be part of the US plan or even pay the penalty fee.

Note that the US government is not there to tax wealth. On the other hand, the Internal Revenue System still requires to get to the nitty-gritty regarding money in bank accounts overseas especially the fact how it got there and if it has produced income like capital gains and interests. The downside to this is that because of the recent legislation, there are two different requirements for bank accounts that are overseas. These are the FATCA and the FBAR.

The FATCA or the Foreign Account Tax Compliance is filed on Form 1040 if the foreign assets exceed the following limits:

Foreign banks under FATCA have been reporting indirectly or directly to the IRS so it is very important to file form 8938 correctly. This has been the case since January 1, 2015.

The Foreign Bank Account Report or the FBAR has been in existence since 1972 and this would have been filed if the foreign holdings are more than $10,000 or above this amount at any time during the mentioned tax year. There is a signature authority over one or even more than the foreign accounts. Since 2014, the FBAR is also filed electronically on Form 114 with the Department of Treasury. It should also be filed on April 15 every year and on the separate form 1040. Those who live abroad have an extension until October 15 if they are living abroad.

Should I file a US Income Tax Return if I live and/or work abroad?

In general, if you have resided and/or worked overseas during a specific Tax Year and you have accumulated the gross income from various worldwide sources, then at least the amount that is shown for filing the status must be filed as a tax return.

For all US citizens and resident aliens, there are factors that determine whether a tax return must be filed:

What Should I report on My US Income Tax Return if I Live And/Or Work Abroad?

If you are a resident alien or a US citizen who has resided abroad during that given tax year, then here are the following items that must be filed on the tax return:

What is Foreign Earned Income?

Foreign earned income is the income that has been received for services performed in foreign countries during the period of the income tax. This is usually the main place of business, a post of duty or employment where the taxpayer is indefinitely engaged to work or permanently assigned to work. This is qualified if it is done in foreign countries and the bona fide residence or physical presence test has been met. However, there are items that the IRS does not count when looking into foreign earned income:

In order to not be regarded as a tax delinquent, US citizens and permanent residents must be upon their toes when it comes to filing tax returns. They may not be in the United States but that is not enough reason to do a responsibility as an American.