Here’s How Taxes Work for Citizens and Residents Living Abroad 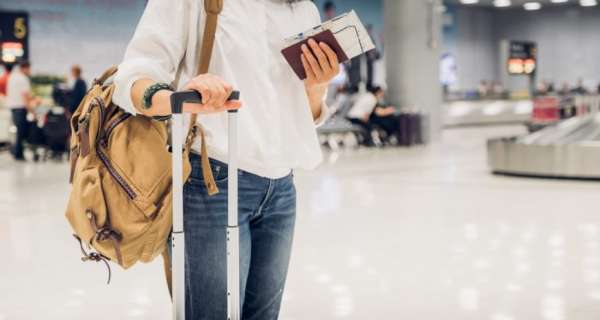 Here’s How Taxes Work for Citizens and Residents Living Abroad

For Americans or legal residents living on tropical islands or traveling, they must consider the possibility of being locked up just in case fate does not favor them. That is why it is very important to pay taxes even when one is overseas so that when something happens, the government can still protect these individuals. Contrary to popular belief, moving out of the States does not relieve the individual of tax obligations. The IRS has the knack of tracking anyone anywhere in the world.

Here are some tips on how citizens and legal residents can manage their taxes and tax liabilities while they are outside in the country and remain within good graces of the government of the United States.

Resident aliens, as well as US citizens, are subject to federal income tax when setting on the worldwide income. The FEIE or the Foreign Earned Income Exclusion let the qualified taxpayers exclude the taxable income and reach it to around $101,300 of the earned income that is subject to only two requirements. It is also very important to note that the income the individual receives must be earned because he is working. It may be as an independent contractor or an employee and also not apply to the passive income like dividends, pensions, income, and rental income. Independent contractors also receive what they call a 1099-MISC and still be subjected to self-employment tax (Medicare and Social Security) on their net income. Another thing to note is that this can also be optimized simply by opening the S corp and the other potential offshore structures which depend on the individual tax situation of the person.

There are two requirements that can be done. First, the individual must establish a “tax home” if they are in a foreign country or in other several countries. Another is that they have to satisfy the “Bonafide Resident Test.”

The IRS site describes that the hardest process when fulfilling the requirements is the Bona Fide Residence Test, which has already previously been mentioned. This can be done when the individual is a resident of a foreign country for a period that has not been interrupted and includes an entire tax year. This means is that the individual must plant their flag in other countries for the majority of the year. It may not necessarily be advisable to stay in just one country, for example, being confined in a jail cell, but these individuals must prove that they are there in the long run. It is not black and white and some examples that prove residency are:

For a new generation of ex-pats, the physical presence test is more applicable. This includes the digital nomads who usually jump from one country and then to another. According to the IRS website, these individuals must be physically present in a country for 330 days in the course of 12 months. The 330 days do not have to be consecutive. The Physical Presence Test does not really depend on the residence that the individual has established, neither is it about proving the return to the United States or the reason and purpose of staying abroad. The Physical Presence test only needs the time that the individual is in that country. The intention, regarding the purpose and nature of the stay abroad, is also relevant when determining whether the requirement mentioned in Step 3, “Tax Home”, are met.

The very point of this discussion is that anyone can pick up and also leave any day for that year. They can also travel anywhere in the world and physically work in the countries just on their laptop and then return to the United States after one year. As long as this individual was in the United States for 35 days or even less, as long as this is within the period, they still qualify for what they call the FEIE. They do not have to pay taxes on the very first $101,300 in the total of earned income. In this case, the split is also divided on a prorated calculation. Approximately this would amount to $50,000 in 2017 and also $50,000 in 2018 for the year period that has been split between the two calendar tax years.

It is very important to understand the tax implications of a country that the citizens or residents are traveling through or possibly be living in. In general, if they are spending more than 183 days or around half a year in another country, they must file as a fiscal resident of that year. For a person who is perpetually traveling or what they call a digital nomad who is qualified under the Physical Presence Test, then this is not any problem. If the individual plans on taking a bona fide residency somewhere and then it get tricky.

Countries such as Hong Kong, Seychelles, Taiwan, Singapore, Panama, and Costa Rica have what you call a “territorial tax system.” Only the tax income is generated within the country’s borders. There are also a number of countries that have no income taxation such as Bahamas, Bermuda, Monaco, United Arab Emirates, Cayman Island, and Andorra.

The choice becomes whether the individual has to choose a country that is for tax purposes and then just pay the required tax in that country at a low-income tax rate. Examples of these countries are Bulgaria, Malta, and Portugal or also choose to set the residency up in the country. The resident and citizen can be a permanent resident in various countries, but it still depends on the rules of the locality. There are also some people who split the time between the places such as Colombia and Panama and also claim the residency in Panama because of the more favorable tax treatment. In any event, it is also important to be mindful of thresholds when one becomes a tax resident. The aforementioned 183 days is usually the general rule of thumb and this does not apply to various countries. In these complicated cases, it is quite prudent to also receive the counsel of a CPA or a qualified tax attorney.

If the resident or citizen craves for Jimmy John’s and Costo and actually decides to return for these reasons, it may cost him thousands of dollars. Just like qualifying for the status of a hotel chain or an airline, the rules that comply with the Physical Presence Test are quite strict. To begin with, individuals must be in other countries for around 330 to 365 days. This does not have to be counted within the calendar year. As long as the individual is in another country for around 330 out of the 365 days, then it can be prorated.

However, there is a different requirement if the individual is in international waters or flying over US airspace. If he or she is visiting the United States and have to give an extra hour because the flight is delayed and if it has been missed, then this will also be counted towards allotting the days. Another scenario is if they leave the West Coast around 11:00 pm which is bound for Europe and also charged additional days because this is still in the jurisdiction of the United States. It is very important that there are buffer days remaining so that the mistake would not be as costly as it would.

The IRS has built a time bomb to the FEIE. If residents or citizens fail to submit and file their US returns, then they are audited by the IRS. They won’t be able to take the FEIE as well. Even if they are working abroad and would eventually owe the United States government nothing, it would still result in the individual paying the United States 100% of their income.

The same can be said to those who filed their US returns but are not truthful about their foreign salary because they omit this. The downside to that is the minute the individual is audited, they can lose the FEIE and also pay taxes that is 100% of their salary. The way to go around this is that they have to claim the FEIE or they would lose this entirely.

The most common reason why this happens is that the individual though they only need to report their US income to the United States and the foreign source income to the foreign country that they are residing. Not reporting your foreign salary to the IRS is a big error that can cost them big time.

Consequences of not filing US tax returns

Living abroad for a number of Americans and legal residents may seem like an adventure of a lifetime. They are exposed to various experiences and their senses are constantly invigorated by events that are delightful, interesting and unexpected. For most, it is the stuff of dreams. There are also unfortunate individuals. Unfortunately, these dreams can also turn dark quickly especially when they discover that they did not comply with the Internal Revenue Service because they did not file their US income tax.

Every year the United States spends 5 billion dollars simply for enforcement activities. This includes auditing, collections, discovery, and prosecutions which pretty much yields around that amount all in additional tax revenue. It is clear that their financial best interest is about to get easier for the US government. They can also assess and prosecute the Americans living abroad and who are behind the filing of the US income taxes.

Just like any US resident, if you are an American residing in any country abroad and fail to file the US or the state taxes, then they will receive penalties for not filing their taxes, even if they do not owe the taxes to the state government or the IRS. The failure to file the penalty can also be thousands of dollars and can also take part in the advantages, benefits and special reductions that are offered to the US ex-pats that can help reduce the US tax obligation. There is also news that has been enacted and provided the United States a crystal clear picture of who among the Americans are living abroad and are also not filing, what they are worth and where they are living. The days of living beyond the grid are waning and a new era of what is focused and enforced. The United States has entered this data by sharing the agreements at a level that is most sovereign and between the five of the largest countries within a swarm of the additional countries that are asked to join into data sharing.