Dependency Exemptions: Facts About Claiming Exemptions on Your Tax Return 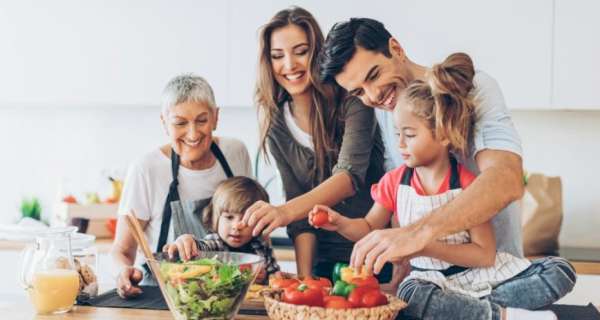 Taxpayers can claim exemptions on tax returns that can be deducted from their taxable income. One kind of exemption is the exemption for a dependent. This is lower than the amount of the income that is subject to tax which can also deduct the total tax owed.

Dependent exemptions can be claimed for qualifying dependents. A taxpayer can only have one exemption for every person that he claimed to be his dependent. There are lots of rules concerning who is qualified to be dependent and if this exemption can be eligible for tax returns.

Only a single exemption can be received by each. Take this situation, for example, if the dependent is claimed by another taxpayer, then the taxpayer can no longer claim that individual. This holds true if the dependent also filed his or her tax return.

Rules in Declaring and Claiming Exemptions for Dependents

Just like tax deductions, dependent exemptions can assist taxpayers in decreasing their tax liability. These exemptions are deducted from the adjusted gross income or the AGI to reach the taxable income of the taxpayer.

The amount of the dependent exemption varies, depending on the inflation of the income tax year. Annually, it increases $50 yearly to adjust accordingly to inflation. The phase-out levels of income when claiming exemptions tend to vary every couple of years. Before taxpayers file their tax return, they should double-check whether they can qualify accordingly to the exemptions that have been listed in the Income Tax code.

How to Claim Children and Relatives as Dependents on Tax Return

If the taxpayer supports children and relatives and even non-relatives, then they can declare them as their dependents on the tax return whenever they file for it.

First, however, the definition of a dependent must be defined. According to the IRS, a Qualifying Child and a Qualifying Relative can be declared as dependents of the Taxpayer once they meet the eligibility listed in the IRS code.

What are the Dependent Rules of the IRS?

What are the Tax Benefits of Dependents?

Can the Tax Payer Claim Dependents on Tax Return?

Who Can Be Dependents on Tax Return?

A taxpayer can claim another individual as his or her dependent if the individual meets all three requirements:

Adopted Child is a Special Case

If the child was placed with the taxpayer for the purpose of a pending legal adoption, he or she could already be considered as the adopted child of the latter all for the intent of the child being claimed as the dependent.

How Can a Child Qualify?

If the taxpayer has a child that is considered to be Qualifying Child based on the requirements set by the IRS, then the former can claim the latter as a dependent. First and foremost, the child must be your relative, even if he or she is not exactly your child.

How Can a Relative Qualify?

Is It Possible to Claim Two or More Dependents?

As for divorced parents, custodial parents usually have more right to claim a child as their dependent. The custodial parent releases this claim and allows the non-custodial parent to also claim the child. This is done by attaching a statement or filling up Form 8332 which is the Release of Claim to Exemption.

How are Dependents Claimed on Taxes?

Taxpayers claim their dependents whenever they prepare and file their tax returns. It is not difficult to claim dependents as long as the return is properly prepared and on time.

The taxpayer must have access to the Social Security cards of the dependents because they need to enter the information exactly as these are written on the cards. If the taxpayers do not have the SSN, then adoption papers or ITIN or individual taxpayer identification number is acceptable.

Tax Exemptions and Deductions for Families

Families can save more on taxes than a single person. It may be overwhelming at first but once understood it would be easy to see who can be claimed as dependents and which exemptions and deductions that are family-related apply to the situation for the taxpayer.

Like families, the taxpayer can save more on their taxes than an individual. Once the deductions available to the taxpayer are cited, then it is possible to save more money for the income tax year which makes it possible for them to plan a better future.

For those who are not yet adept in preparing an income tax returns and are willing to take advantage of the deductions that they are entitled to, they can look into the possible exemptions as well as dependency claims. Some of these may have been overlooked.

Tax Exemptions for the Tax Payer and Their Dependents

The exemption is the amount of money that can be deducted from the AGI or the Adjusted Gross Income. Dependent exemptions for the taxpayer as well as the qualifying members can reduce the income amount that is taxed.

For example, in the income tax year of 2016, the taxpayers can claim $4,050 for every qualifying child. Another tricky thing on dependent’s exemptions is that high earners do not get full benefits. Personal exemptions phased out for married couples that file jointly.