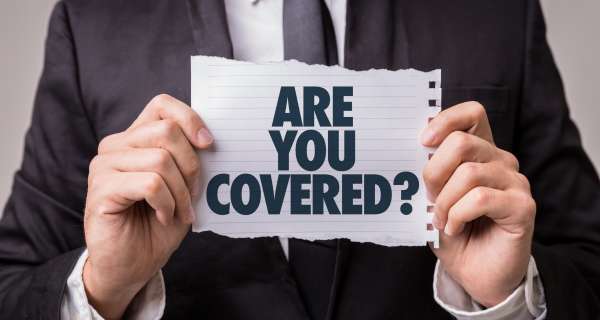 Congress passed the Consolidated Omnibus Budget Reconciliation Act that has health benefit provisions since 1986. This law amends Employee Retirement Income Security Act, Public Health Service Act, and the Internal Revenue Code. The goal of COBRA is to continue health coverage for groups that must be terminated otherwise.

COBRA has provisions giving former retirees, employees, dependent children, and former spouses the right for temporary continuation of coverage on health insurance plans in terms of group rates. However, the coverage can only be made available when this is lost because of specific needs. The group health plan coverage for participants in COBRA is more expensive than the health coverage of employees who are currently active. Usually, it is the employer that pays the portion of the premium for the employees who are currently working while the COBRA participants pay the full premium themselves. Surprisingly, it is less expensive than the usual health policies.

Employers who have 20 or more individuals in their company are required to provide COBRA coverage for them. It is also their responsibility to notify the employees that this coverage is available. COBRA also applies to the health plans that have been maintained by the employers in the private sector as well as those that are sponsored by local governments and most states.

Who are entitled to COBRA benefits?

There are three qualifications for COBRA benefits. In fact, COBRA has already established specific and clear data for the policy plans, qualifying events and qualified beneficiaries.

Plan Coverage: Employers who have 20 employees under their wing for more than half of the typical business days in the year before are required to be under COBRA. Both the part-time and full-time employees are included in the tally of determining whether the health plan is more suitable for COBRA> Every part-time employee is a fraction of the other employee, therefore what one gets is equal to what the others guest, if they share the same number of rendered hours. The calculation is the hours that part-time employees rendered divided by hours that the employee will work if he will be rendering full-time hours in the future.

Qualified Beneficiaries: To be considered as a qualified beneficiary, the individual must be covered by a health plan for groups on the very day before an event that is considered to be qualifying by either the employee, the spouse of the employee or the dependent child of the employee. There are cases wherein the retired employee or the spouse of retired employees and dependent children of retired employees are also qualified beneficiaries. Aside from this, a child that was born or placed through adoption with an employee who is covered during COBRA coverage is also regarded as a beneficiary that is qualified. Independent contractors, agents, and directors who are part of the health care for groups can also be eligible beneficiaries.

Qualifying Events: As mentioned earlier, these are events that cause the employee to lose or discontinue his health coverage plan This kind of qualifying event can also determine who among them will be qualified beneficiaries as well as the time duration that the plan will be offered to cover them through COBRA. The plan, using its discretion, can also provide a longer period of coverage that will continue for a long time.

These are qualifying events specifically for employees:

These are qualifying events specifically for the spouses of the employees:

Qualifying events for the dependent children of the individuals who are covered are similar to that of the spouse but has this addition:

What are the Benefits Covered Under Cobra?

The qualified individuals and beneficiaries must also receive coverage that is similar and available to those who are situated in the same beneficiary as those not receiving the coverage of COBRA. In general, this is the similar coverage that an eligible beneficiary has as immediately as possible before he or she has qualified for coverage that continues. If there is a change in benefits due to the specifics of the plan for an employee who is currently working, this will still apply to the beneficiaries who qualify. Qualified beneficiaries can also make similar choices that are offered to the individuals who are not under COBRA, like periods of enrollment in the plan in an open setting.

Who is charged for the COBRA coverage?

The beneficiaries are required to pay for the coverage under COBRA. This premium may not go beyond 102% of the total cost of the plan especially for individuals who are similarly situated but have no incurred the qualifying events as specified. This also includes the portion that is covered by the employees as well as the portion that the employer has already paid for even before the event that qualifies, atop the 2% rendered to cover the administrative costs.

For beneficiaries who qualify, they receive the 11-month disability that is the extended duration of the coverage. This is also the premium targeted for the additional months that can also increase to as much as 150% for the total cost and coverage of the health plan.

COBRA premiums can also increase if there are costs to the said plan that also increases but these can also be fixed when setting in advance for every premium cycle of 12 months. The plan can also let the qualified beneficiaries pay the premiums indicated on a monthly basis if they requested this. The plan can also let them make the payments at other intervals, the choices are weekly basis and quarterly basis.

The initial payment of the premium can also be made during the 45 days after the COBRA election date of the qualified beneficiary. The payment can also cover the coverage period after the COBRA election date that is retroactive to the loss of coverage date because of the event that is considered to be qualifying. The premiums for successive coverage periods are due and set on the date that is stated and mentioned in the plan coverage with a 30-day minimum for grace period payments. Payment is also considered to be made accordingly on the specific date that is directly sent to the plan coverage.

If the amount of payment that was made to the coverage was conducted in error but not significantly lower than the amount due, then the plan requires to be notified by the beneficiary that is qualified and reports it as a deficiency. The individual will then be granted a period that is reasonable, which is usually 30 days, to pay for the difference. The plan coverage is also not required to send the individual monthly notices of the premium.

The COBRA beneficiaries stay as subject to the rules especially to the plan and must also satisfy the costs that are related to deductibles and co-payments. These are also subject to benefit limits.

The Federal Government and COBRA

The continuing coverage of COBRA as administered by several agencies like the Department of Treasury and Department of Labor has jurisdiction especially on the private-sector and health group plans. Meanwhile, the Department of Health and Human Services also administers the coverage as it continues because it has an effect on the plans for the health of the public sector.

The regulatory and interpretative responsibility of the Labor Department can be limited to the notification requirements and disclosure of COBRA. If further information is needed about ERISA in general, then the individual can just write to the office of EBSA that is nearest to him or her. It is also possible to consult the US Department of Labor as well as the US Government for the listing in the phone directory of the office near them. EBSA is Employee Benefits Security Administration under the US Department of Labor.

COBRA coverage and the Marketplace

When the individual loses the insurance that is received from his job, then he is also offered the continuation coverage of COBRA by his or her former employer, if the latter opts to do so.

Is it possible to change from COBRA to a Marketplace Plan?

If the individual is ending his or her COBRA coverage earlier than expected, he or she can still change to the Marketplace plan during Open Enrollment. It is, however, a different case outside Open Enrollment. The individual can no longer change from Cobra to Marketplace in this scenario. He or she has to wait for the COBRA to run out and for him or her to qualify for the Special Enrollment Period in one way or another.

COBRA also qualifies as the health coverage or what is also regarded as the minimum essential coverage. That being said, if the individual has the COBRA coverage, then he or she does not have to pay the complete fee that other people who are not covered by COBRA are required to pay.

If the individual has already signed for COBRA coverage but then eventually finds the premium and payments to be too expensive, his or her options depend entirely on whether it is the Open Enrollment Period. He or she can change to the Marketplace but that can cost him or her more than usual because he or she has to opt-out of the coverage.