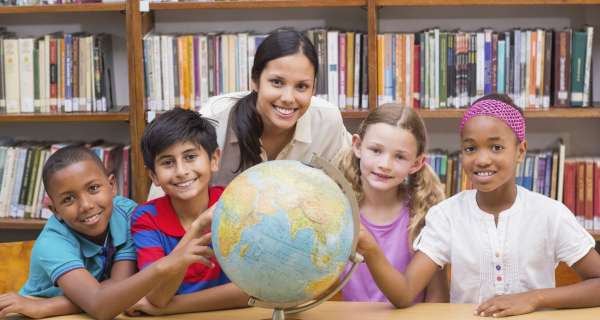 When a child support order is established, a judge follows specific guidelines from the state. Those guidelines are “income-driven.” This means that the support amount is determined by the income of both parties involved. Income also goes beyond salary and wages. Nonetheless, it is also important for parents to comprehend the funds that are defined as “income” when talking about the guidelines of child support. Take this, for example, the new spouse’s income, if the income is deducted from the expenses of the custodial parent, then it is regarded as the income for child support.

The IRS does not consider child support as income

Earned Income Credit is the tax credit for those who work and earn income that is less than a specific amount. There are rules that individuals must meet in order to qualify for an EIC. There are some parents who can receive EIC if their child is considered to be a qualifying child. Generally, non-custodial parents have no claim for the EIC because the children do not live with them. This means they do not qualify and pass the residency test. Since the custodial parents meet the requirements, then he or she can claim the EIC.

Child Support is not Tax-Deductible

The person paying for child support cannot deduct payments on the tax return. Neither is child support included in the income of the person in charge of making those payments.  IRS states that Child Support payments are not deducted from the payer and not taxable for the payee. Furthermore, when calculating the gross income, child support payments that have been received are not included. The reason behind this is that two tax laws work together in determining the tax for child support. On one hand, it can be said that child support is taxable because of the rule that gross income is all income from the source. However, there is an important qualifier. This is ruled that if it is stated in the subtitle, gross income pertains to any source. Therefore, this includes amounts that have been received as separate maintenance payments or alimony.

But there is also a general rule for exceptions for child support.  Any payment, in terms of divorce or separation as a sum, can be considered as payable for Child Support of the payor’s spouse.  In other words, Child Support cannot be regarded as gross income of the recipient of the funds.

The person paying can deduct amounts that qualify as alimony. However, because child support is not regarded as alimony, then the person who is paying child support cannot reduce the payments as part of any tax deduction or alimony. In order to qualify as child support, there are payments that must be designated as such in a separation agreement or divorce.

Child Support is Not Taxable

The parents who are receiving child support must know that money does not affect the taxes that they need to pay. The commonly asked questions are “Will I owe more taxes this year? And “Is child support taxable?” These are nagging questions and the US government does not regard child support as taxable income in whatever form.

While individuals regard child support as part of their income because these checks arrive monthly, the government does not see this the same way. Here’s the truth: people pay income tax on their income. On the other hand, child support is the money that is received for the kids. For the government, it is not income so there are no taxes. Therefore, for single parents, these make it easier for them.

For those who are on the receiving end, this is what they can take away from it: Any money that has been received as child support for the income tax year is not regarded as taxable income and they won’t pay federal or state taxes from it. They will not pay for it today, nor will they pay for it tomorrow.

As mentioned earlier, child support is not deductible. It is actually two-fold. The payments from child support cannot be deducted. A lot of parents ask this because they do not miss a single payment of child support. There are tax breaks for single parents but this is not counted as one. If parents pay child support to their children, they cannot reduce this from their total income so that they can adjust their taxable income. However, they must not forget that providing financial support to their children is a contribution to the well-being of their lives and therefore is a meaningful act. They must keep doing it even if they will not receive any deduction in doing so.

Another upside is that parents who pay child support can declare their children as dependents, and this, in turn, provides them with the tax benefits that they are requesting. If the children are living with them for more than six months, then they can file the income taxes as Head of Household status and also regard them as dependents. The money for child care can then be qualified for Child and Dependent Care Tax Credit.

If kids haven’t been living with the taxpayer for more than six months, they should consider that in some cases there are parents who have a right to claim the children as their dependents but opt not to do so. If this is the case and it is alright with the ex-spouse, then the taxpayer can pay a Form 8332 with the IRS or the Internal Revenue Service, then they can claim their children as their dependents in their place. If this is the case, the ex-spouse should be the one to file the form first because the children cannot be claimed as the dependent of both parents. This might make the taxpayer vulnerable to an audit conducted by the IRS.

The IRS treats the payment as child support when the child is still a minor. It may come in amounts in the form of fluctuating income and childcare needs. These qualifying childcare expenses and specific healthcare costs for minors, school expenses, and college tuition can have deductions but these are not often discussed. Tuition and Fees Deduction and the American Opportunity Tax Credit can allow that payer to deduct a total of $8,500 from these.

The American Opportunity Tax Credit is also regarded as refundable credit for those who qualify for graduate expenses like tuition, school supplies, and books. These are pretty much for the taxpayers who earn more than $80,000. If they file jointly, it’s $160,000. The payor can also claim his or her own expenses of that of the dependents, like the child.

As mentioned previously, there is no child support tax deduction that is available in this setup. Also, for the child to be qualified as a dependent, he or she must not be providing for his or her own child support for the income tax year. The child must have also been residing with the taxpayer for more than six months. So, for the child of separated or divorced parents, the qualifying child is declared of the parent who is living with the child. According to the tax law, this person is regarded as the custodial parent.

For the non-custodial parent, the child can be a qualifying child if these requirements are met:

If this is the case, then the noncustodial parent takes the dependency exemption:

The custodial parent has given up the exemption and signed Form 8332 which is Release Revocation of Release of Claim to Exemption for Child by Custodial Parent. The noncustodial parent then attaches this specific form to his income tax return.

The noncustodial parent also attaches that the agreement has taken effect. He must declare:

In a nutshell, child support does not affect taxes as much as alimony does: