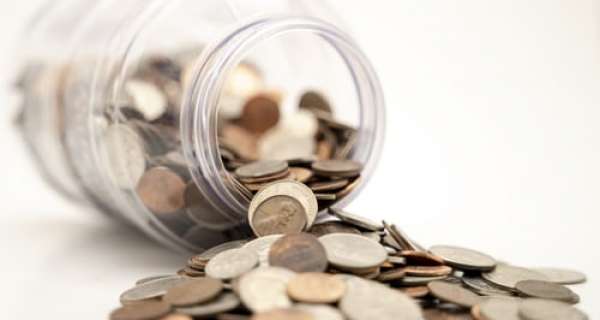 As stated in the tax law of the United States, “personal exemption” is the amount that resident taxpayers can claim as a form of tax deduction alongside their income whenever taxable income and federal income tax are calculated. It can decrease the income tax payable to the point of it reaching a tax-free level. However, it will never lead to a tax refund. It must be noted that the amount of personal exemption depends on the inflation of that year. For example, in 2016, the exemption was $4,050. The year before, which was 2014, it was $50 less ($4,000).

Exemptions consist of personal exemptions for taxpayers that are calculated individually. It can also include family or dependents whenever the situation is appropriate. To determine this, they must check the Internal Revenue Code. The liability of income tax can be calculated by associating the proper tax rate to the taxable income. This is also stated in the Internal Revenue Code.

To elaborate more on the Internal Revenue Code, it is under Section 151 that personal exemptions from taxes are stated. This was put into action in August 1953. “Personal Exemptions” allowed a particular level of income and were not subjected to federal income tax. The purpose of this exemption was to insulate from the whole process of taxation one way or another. It intends to reach the very minimum amount of cash that someone can get to a level that is extremely subsistence. This means the amount requested is just enough for necessities, such as clothes, food, shelter. Some exemptions are always adjusted to go with inflation and sometimes it is inadequate for the law-abiding citizen who pays taxes. It can be so low that it is not enough to subsist on it. Aside from personal exemptions, taxpayers can also claim deductions that can deduct the income level that is critical for taxation.

All in all, personal exemptions are claimed by the taxpayer along with their dependents (but they have to be qualified.) The spouse of the individual can also claim this under the following conditions: 1. the couple applied separately and individually, 2. the spouse does not have a gross income and, 3. the spouse is not listed as a dependent of the individual. As for the taxpayers who have filed joint returns with their spouses, it is stated in the IRS Regulations that two personal exemptions are possible.

If the taxpayer is the dependent of another taxpayer (whether there are claims or not), this taxpayer cannot file for a personal exemption.

Who Can Be Exempted?

The taxpayer is allowed one exemption. If he or she is married, he may have one exemption for his or her spouse. These are “personal exemptions.” Taxpayers can take exemptions for themselves. It is also possible to be claimed as the dependent of another taxpayer. If the other taxpayer is eligible to claim another as dependent, then the latter cannot take an exemption for himself or herself even if the former does not claim the other as their dependent. However, it should be clear that the spouse is never considered as the dependent – immediately upon filing.

There is also the difference between Joint Return and Separate Return. On joint returns, taxpayers claim one exemption for himself/herself and the spouse. For separate returns, taxpayers claim exemptions for themselves and their spouse if there is no gross income, not filing for returns and these two individuals are not dependent on the other. This holds true even if one taxpayer does not claim that the spouse is his/her dependent.

Exemptions for the spouse can be claimed if he/she is a non-resident alien. However, the qualifications are they must not have any gross income that is for US tax purposes, they must not have filed any return, and they are not dependent on the other taxpayer.

If taxpayers remarried during that year, then they can take exemptions for the spouse that passed away.

For divorced or separated spouses, taxpayers can obtain the final decree of the separation or divorce maintenance in the year that this was filed. They also cannot take the exemptions of the former spouse. This can also apply even if the former spouse has provided the support.

Personal Exemptions started phasing out when the Adjusted Gross Income has exceeded the threshold amount of personal exemptions. For example, the threshold in 2014 tax returns for individuals listed as single was $254,000 while it was $305,050 for joint returns.

If the taxpayer is the dependent of another taxpayer (whether there are claims or not), this taxpayer cannot file for a personal exemption.

Whenever taxable income is calculated, taxpayers can claim personal exemptions that they are eligible for as stated under Section 151 and decrease this amount from the AGI which is also known as the adjusted gross income.

Using 2014 as an example, the personal exemption at that time was $3,950, and it started phasing out once it reached the maximum phase-out.

Who Can File as Dependent?

Section 152 of the Internal Revenue Code has requirements that should be met before taxpayers claim another individual as a dependent that can get a personal exemption. The general rule is personal exemptions can be taken for dependents that qualify – either a child or a relative. There are still lots of exceptions nonetheless.

Taxpayers who claimed as dependents of others will not be able to file for personal exemptions for their dependents who qualify, as stated in Section 152. Married individuals who also filed joint returns will not be able to claim themselves as dependents of other taxpayers, also stated in Section 152. Non-US Citizens like permanent residents or nationals from foreign countries cannot also claim themselves as dependents. Taxpayers who are US citizens can claim a child or children who live in the same residence as the taxpayer and is part of the family of the taxpayer.

Qualifying children must be children, as stated in section 152. “Children,” as defined, also include those who are adopted, foster children and stepchildren. As mentioned above, qualifying children should be living in the same house as that of the taxpayer for a given time, which is more than six months.

Individuals can also include children, siblings, half-siblings, step-siblings, or descendants of the taxpayer as long as they are not yet 19. If they are studying, then the case is different, and they are considered to be qualified until they turn 24. The exemption to this limitation in the age of children is if they are totally or permanently disabled.

Children cannot qualify as dependents on multiple tax returns. The IRS code contains a series of rules that make sure that this does not happen. It limits taxpayers who are eligible to only the parents of the child. If the parents are not available, then the non-parental taxpayer with the highest gross income after adjustments can file for them.

Relationships that are allowed and considered to be eligible for the relative of the taxpayer to be considered as a dependent are innumerable. These are allowed for as long as the local law is not violated. As mentioned earlier, relatives can include siblings, step-siblings, half-siblings, descendants of children, ancestors of parents, father, mother, nieces, nephews, step-parents and even in-laws for as long as they are under the same roof as the taxpayer.

Overview of Rules for Claiming Personal Exemptions for Dependents

This section makes it easier for you to view the rules that have been mentioned in this article. It is pretty much the gist of what has been discussed throughout.

For the Child to be Qualifying

For the Relative to be Qualifying

These are the terms and requirements and everything you need to know to understand personal exemptions alongside tax and deductions better. It may be a bit overwhelming to comprehend at first, but once you get the gist and the requirements for the eligibility, then you will have the 411 on the matter